Experts predict busy Atlantic storm season but not like 2020. Six to 10 hurricanes predicted. 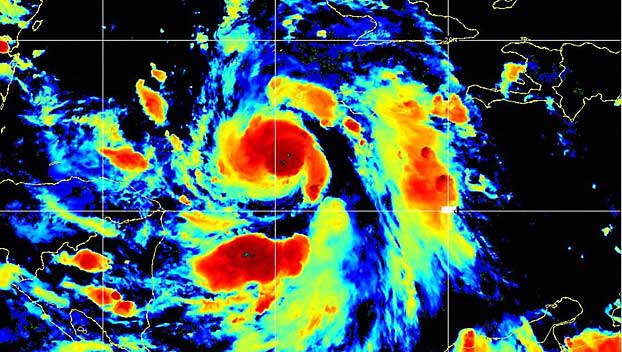 The Atlantic hurricane season will be busier than normal, but it’s unlikely to be as crazy as 2020’s record-shattering year, meteorologists said Thursday.

The National Oceanic and Atmospheric Administration forecasted that the hurricane season, which runs from June through November, will see 13 to 20 named storms. Six to 10 of those storms will become hurricanes and three to five will be major hurricanes with winds of more than 110 mph (177 kilometers per hour), the agency predicted.

Since 1990, a typical season sees 14 named storms, seven hurricanes and three major hurricanes — a climate normal that has increased in recent decades. There’s a 60% chance that this hurricane season will be busier than normal and only a 10% chance it will be below normal, NOAA said.

Lead agency forecaster Matthew Rosencrans said the season looks to be busy because of warmer water, which fuels storms; reduced cross winds that decapitate storms; and more seeds of stormy weather coming off the coast of Africa. There is also no El Nino weather event, the natural temporary warming of the central Pacific that squelches Atlantic hurricane activity, he said.

Last year, there were 30 named storms — so many that meteorologists ran out of names and dipped into the Greek alphabet to identify them. There were 14 hurricanes last year, seven of them major.

Earlier this year, meteorologists decided to ditch the Greek alphabet after the normal list of names runs out, instead creating a special overflow list. Seven of last year’s storms caused more than $1 billion in damage.

As if on cue, stormy weather popped up northeast of Bermuda this week, with the National Hurricane Center giving the system a 90% chance of becoming a named storm in the next five days. It would be called Ana and is likely to be short-lived and keep away from land. About half the years in the last decade have had named storms before the June 1 start of hurricane season, Rosencrans said.

Several universities and private weather companies also make hurricane season forecasts, with all of them echoing NOAA’s predictions. They predicted 16 to 20 named storms, seven to 10 hurricanes and three to five major hurricanes.

“The latest data and forecasts suggest a slightly more aggressive forecast for 2021 is in order, although still nothing close to what happened in 2020,” said Todd Crawford, chief meteorologist at The Weather Company, which is forecasting 19 named storms and four major hurricanes.

The Colorado State University forecast, which is the longest-running seasonal forecast, cited the same reasons as NOAA in predicting 17 named storms, eight hurricanes and four major hurricanes. It says there is a 69% that a major hurricane will hit somewhere in the U.S. coastline this season, which is higher than the average of 52% for the last century. It gives Florida and the Gulf coast a nearly 50-50 chance of being hit by a major hurricane.

The head of the Federal Emergency Management Agency urged Americans in hurricane-prone areas to prepare now, not later. Deanne Criswell said that includes people who live inland because storms are dropping more rain and causing more flooding due to climate change.

Climate change has increased storm’s rainfall about 3%, and in the future it could be as much as 10%, Rosencrans said.

Warmer water from climate change increases the number of the strongest hurricanes, but research doesn’t show a change in the overall number of named storms from global warming, Rosencrans said.
University of Arizona forecast chief Xubin Zeng said the last decade has been unusually active in the Atlantic.