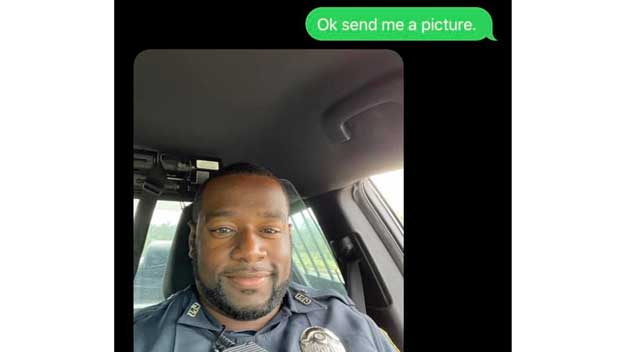 The Gulfport Police Department shared a screenshot of an exchange between a patrol officer who was reporting to his sergeant about damage to his patrol car after hitting a pothole.

The sergeant asked the officer if he was OK. The officer replied, “Yes sir.”

The sergeant then asked the officer to send him a picture.

The officer did send a photo but sent his supervisor a selfie of the smiling officer seated in his patrol car.

“Of the damage…” the supervisor replied.

“My bad,” the officer replied.

Gulfport police shared the image of the text exchange along with, “When you wake up to this text first thing Friday morning… #SayNoToPotholes #TGIF #WeveGotJokesToday #FriyayVibes”