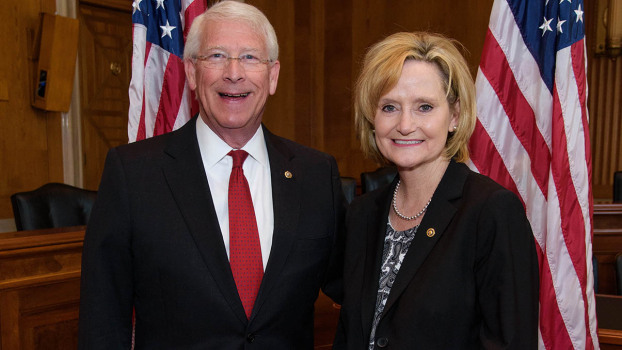 U.S. Senators Cindy Hyde-Smith (R-Miss.), of Brookhaven, and Roger Wicker (R-Miss.) announced Monday their support for legislation to prevent the Internal Revenue Service from being used as a political weapon against conservative non-profit groups.

Both senators are original co-sponsors of the Don’t Weaponize the IRS Act (S.1777). The bill would codify a Trump rule that prevents the IRS from publicly revealing personal information about donors who give to certain non-profit groups. The protections apply regardless of a group’s political ideology or beliefs.

“In the past, the IRS has been weaponized to target tax-exempt groups for their political beliefs, but the Trump Administration rightly put an end to this practice,” Wicker said.

“Attempts by congressional Democrats to remove this protection through S.1 cannot be allowed to go forward. The Don’t Weaponize the IRS Act would make permanent the ban on the IRS being able to pry into the constitutionally-protected activities of American citizens, shielding conservative and liberal groups alike from undue pressure or intimidation.”

“Revelations in the Obama years that the IRS targeted groups based on political beliefs should have sent a chill down the backs of every freedom loving American. However, we see new efforts to allow that practice again — the targeting of not just groups but also the individuals who support them. This assault on First Amendment rights is wrong no matter your political leanings,” Hyde-Smith said. “The Don’t Weaponize the IRS Act has my full support.”

The Democrats’ federal election takeover legislation (HR.1 and S.1) would repeal and undermine the Trump rule, allowing partisan bureaucrats at the IRS to target nonprofit organizations based on the applicants’ political and policy positions. During the Senate Rules Committee markup of S.1 earlier this month, both Wicker and Hyde-Smith introduced amendments to protect individuals from IRS overreach.

To review the text of the Don’t Weaponize the IRS Act, click here.