Termites swarm in the South as their mating season begins 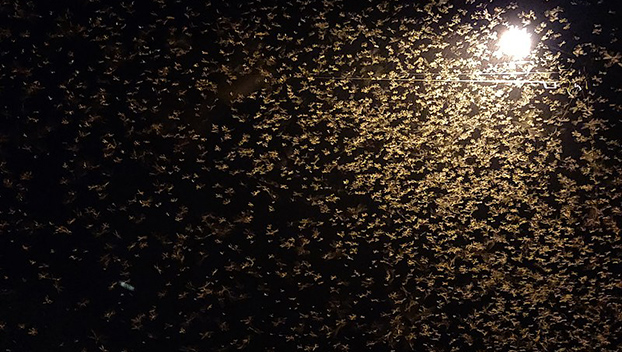 Thick swarms of termites are appearing nightly throughout south Mississippi, signaling that their mating season is underway.

The species arrived in Mississippi in the mid-1980s, according to the Mississippi State University Extension Service.

Formosan termites are also found in Texas, Louisiana, Alabama, Georgia, Florida and the Carolinas, according to the Louisiana State University College of Agriculture.

The Formosans swarm at dusk and are strongly attracted to lights.

Experts say that swarms around a house do not necessarily mean the home is infested by termites, but should be a reminder to have the home inspected.