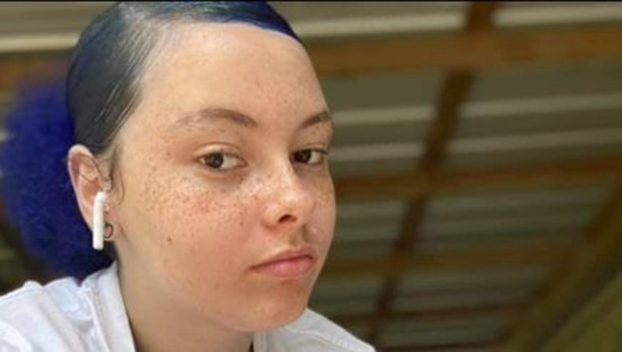 The Mississippi Bureau of Investigation has issued an Endangered/Missing Child Alert for 14-year-old Emily Nicole Murray of Liberty, in Amite County.

According to the MBI, Murray is described as a white female, five feet and two inches tall, weighing 140 pounds, with curly shoulder-length grayish-blue hair and brown eyes.

Murray was last seen on Thursday, May 27 around 3:00 am in the 1400 block of Highway 569 in Amite County, wearing ripped blue jeans and a black hoodie.

MBI said Emily Nicole Murray may be accompanied by two males who are believed to be in a 2012 red Nissan Altima, bearing a Louisiana tag; 852CTT. The car was last seen traveling south on Highway 569 South towards Louisiana.

If anyone has information regarding the whereabouts of Emily Nicole Murray, you are asked to contact Amite County Sheriff Department at 601-657-8057.