Give a honk for Linda: Remembering Mississippi woman who spent years waving from her porch 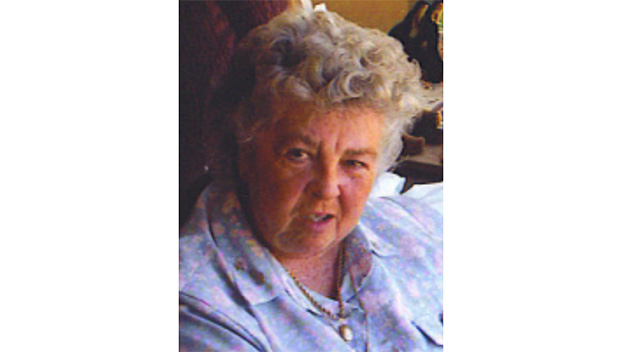 She will be remembered by thousands of Coast residents as the Woman Who Waved from the Porch.
Mattie “Linda” Cunningham waved from the front porch of her home for most of her 75 years. She loved nothing better, except church.

She waved at passersby with her entire body. And she wore a big smile when she waved — at school buses, patrol cars, the women on their way to work at the bank, everyone who passed her home on MS 613 in Escatawpa.

“Her ministry was bringing happiness to people,” said her lifelong friend Terry Breland of Wade, who is also an elder in her church. “If she could make you smile, if you could make you wave or just crack a smile, that’s what she wanted to do. She wanted you to smile as big as she was smiling.”

“School buses, they would come by, and Lord, there would be young ‘uns hanging out the windows, waving.”

SHE ALMOST DIED AS A BABY

Cunningham grew up in the house. Her family almost lost her when she was a baby. She contracted bacterial meningitis. It weakened her left side. Her left arm was drawn in and she wore a brace on her leg.
Some of the kids picked on her or stared at her when she was growing up, Breland said, but she took it in stride. She kept a photo of herself with two other babies who had survived the disease, featured in a local newspaper, in her baby scrapbook.

Cunningham grew up with three sisters and a baby brother. From the time she was small, she was drawn to the front porch. She sat there in a rocker and waved at passersby. She would wait for her mother to get up in the mornings and let her out.

She waved for so many years that children on school buses grew up, had their own children and drove by with them to wave at her. Cunningham lost her father and then her mother.

She did not want to move onto a back street with her brother, Glenn Cunningham, and his wife, Wanda, because not many cars passed by. So they moved in to look after her. The porch was eventually enclosed with glass so she could stay outside in bad weather, Wanda Cunningham said.

SHE COLLECTED PHOTOS, SIGNATURES FROM VISITORS

The only place she loved as much was her church, Community of Christ, where they bought a handicapped-accessible van when Cunningham was eventually confined to a wheelchair so they could get her to services.

She was meticulous about her things. She didn’t like anyone touching them.

The nieces and nephews who streamed in and out of the house knew better. She saved everything — newspaper stories, obituaries, church programs — all tucked away in her room. And she would from time to time insist on a room inventory so that she knew everything was in its place.

She collected angels, dolls and photographs of the people she met. She always asked for a photo when she visited with someone, and she wanted them to sign what she called her “signature book.”

Niece Briti Culpepper, the daughter of Glenn and Wanda Cunningham, said that she, her sister, grandmother and Aunt Linda used to go every Saturday morning on a bargain hunt at Hudsons Salvage. But her aunt was always worried about what she might be missing from her perch on the porch.

As her health declined, a recliner replaced the rocker in her corner of the porch. From there, she met so many people. They would drop off flowers and memorabilia for her, all added to the collection in her room.
She somehow knew who was in most of the cars that passed and would even remark when one of the ladies from the bank must be sick because she had not driven past.

MOTORISTS STILL DRIVE BY AND HONK

Eventually, Linda Cunningham was bedridden. Her brother and sister-in-law moved her bedroom to the front of the house, in what had been the dining room. She could look out a picture window onto the street. She continued to wave at all who passed.

Pictures of all the people she had met over the years lined the four walls.

Breland said he visited a day or two before Cunningham died. He anointed her head with oil and prayed over her. When he was done, she drifted off, singing “Jesus Loves Me.” She sang the whole song before she went silent, he said.

Cunningham died May 14, but Wanda Cunningham said people are still driving by the house, honking their horns.