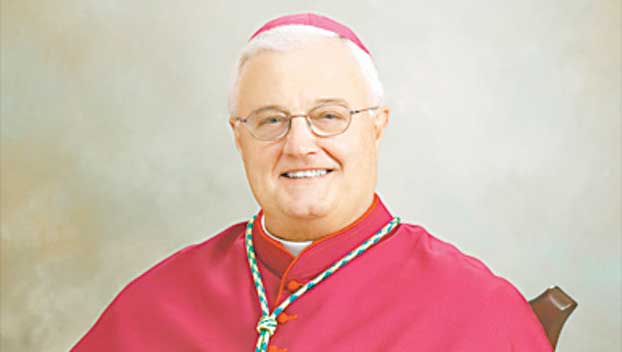 Joseph Latino, bishop emeritus of the Catholic Diocese of Jackson, Mississippi, died Friday at the University of Mississippi Medical Center, the diocese said. He was 83.

The diocese said Tuesday that a Mass of Christian Burial is set for 11:30 a.m. June 9 in Cathedral of St. Peter the Apostle in downtown Jackson.

In March 2006, the Diocese of Jackson agreed to pay $5.1 million to 19 people who claimed they were molested by priests over three decades. The diocese also agreed to remove any person “against whom there has been a credible allegation of abuse for any position of influence over policy and decision making regarding sexual abuse claims.”

“I sincerely hope that this settlement will bring a sense of peace to all those who have suffered as a result of the acts of a few,” Latino said in a statement at the time.

The Jackson diocese formed an office for the protection of children while Latino was bishop.

Latino was a New Orleans native and was ordained as a priest in 1963. He served as a parish priest in New Orleans and three other Louisiana cities — Metairie, Houma and Thibodaux. The Diocese of Houma-Thibodaux was established in 1977, and Latino served in several positions there. In 1983, Pope John Paul II named him a prelate of honor with the title of monsignor.

“Bishop Latino was most gracious to me from the outset and remained a prayerful and steady friend and colleague from the time I was ordained and installed on Feb. 6, 2014,” the current bishop of the Jackson Diocese, Joseph R. Kopacz, said in a news release Tuesday. “May he rest in peace.”