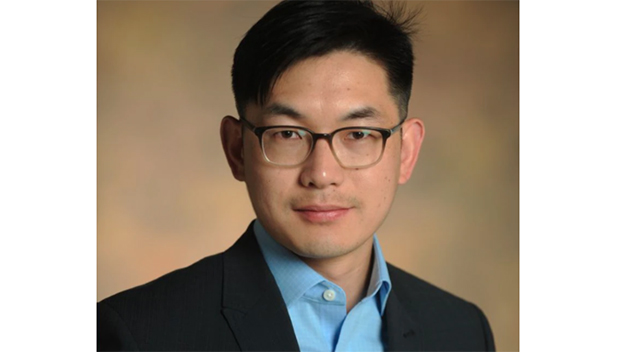 A Mississippi professor has joined an elite group of scientists nationwide as the recipient of an Early Career Research grant from the U.S. Department of Energy (DOE). The award includes $150,000 per year in funding distributed over five years to cover salary and research expenses.

University of Southern Mississippi (USM) polymer Professor Xiaodan Gu was selected among 83 scientists who will receive a total of $100 million as part of the Early Career Research Program. The program, now in its 12th year, supports exceptional scientists during the crucial years when many do their most formative work in the agency’s priority research areas.

“To say that I am thrilled to receive this award is an understatement,” said Gu. “Historically, DOE’s early career grant is quite competitive with perhaps five percent of the proposals receiving funding. I am very proud of our research team, my mentors and my collaborators. And I am grateful to the Department of Energy for providing this generous support to our research group.”

The project can be summarized as follows: “Organic electronics based on semiconducting polymers are important for a broad range of next-generation renewable energy applications. Precise control of polymer conformation is critical for the device performance. However, it remains a great challenge to manipulate thin film morphologies for specific electronic and optical properties required for end-use products. The goal of this research is to enhance the knowledge base for efficiently and precisely controlling the processing of semiconducting polymers to increase device performance.”

Gu notes that the Early Career Research program is designed as a long-term initiative that allows scientists to develop high-risk and high-reward scientific ideas and push the boundaries of scientific knowledge.”

“We will use this project to develop a new neutron scattering capability for thin-film samples,” he said. “This will open up a new way to study morphology for polymeric thin films in various energy applications. Additionally, our vision is to develop lightweight, low-cost energy harvest and storage based on semiconducting materials. This can provide new ways to utilize energy efficiently in a wide range of applications.”

Dr. Derek Patton, Director of the School of Polymer Science and Engineering at USM, praised Gu for his commitment to the University and the field of polymer science.

“It is extremely rewarding to see our faculty win prestigious and highly competitive awards. Dr. Gu’s recognition as a DOE Early Career awardee is richly deserved and is a clear testament to his tremendous talent and the hard work of his research team,” said Patton. “This award, along with a recent National Science Foundation CAREER award, highlights Dr. Gu’s rapid ascent as an international leader in the field of conjugated polymers and organic electronic thin film devices.”

The Early Career Research awards are part of DOE’s longstanding efforts to support critical research at the nation’s universities and National Labs, grow a skilled STEM workforce, and cement America as a global leader in science and innovation. The program is funded by the DOE’s Office of Science.

“Maintaining our nation’s brain-trust of world-class scientists and researchers is one of DOE’s top priorities — and that means we need to give them the resources they need to succeed early on in their careers,” said Secretary of Energy Jennifer M. Granholm in a news release. “These awardees show exceptional potential to help us tackle America’s toughest challenges and secure our economic competitiveness for decades to come.”

The awardees represent 41 universities and 11 DOE National Laboratories in 32 states — including five universities that are receiving funding for the first time under this award.

Awardees were selected based on peer review by outside scientific experts. Projects announced today are selections for negotiation of financial award. The final details for each project award are subject to final grant and contract negotiations between DOE and the awardees.

Although Mississippi’s population may be shrinking, some areas are…