Mississippi police searching for suspect who shot, killed man over woman. Suspect’s ex-girlfriend, toddler may now be in danger 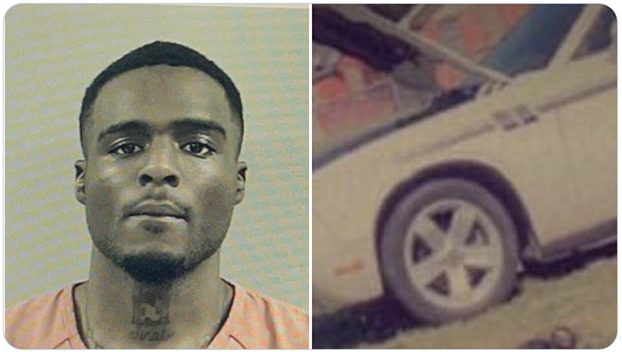 One man is dead and another is on the run after an argument over a woman turned deadly at a Mississippi apartment complex Thursday afternoon.

Jackson police are in search of Jocquize Williams, 22, for the fatal shooting at the Edgewood Terrace Apartments Thursday afternoon.

Williams is accused of shooting Anthony Lindsey, 24, after they got into an argument over a woman. The woman was reportedly Lindsey’s current girlfriend and William’s ex-girlfriend.

#UPDATE: #JPD is in search of suspect, Jocquize Williams-22, for the fatal shooting on Edgewood Terrace Dr. He is believed to traveling in the white Dodge Challenger (pictured), bearing tag, HLB 6391 and is accompanied by an adult female and toddler who may also be in danger. pic.twitter.com/EFeduMayX5

Jocquize Williams is believed to be traveling in a light-colored Dodge Challenger with a dark stripe along the sides with a license plate reading HLB 6391.

The Jackson Police Department is searching for Williams, who is believed to be with his ex-girlfriend and a toddler. Police said they may be in danger.