After desecration of cemetery where Confederate soldiers are buried, Mississippi mayor said maximum penalty will be imposed 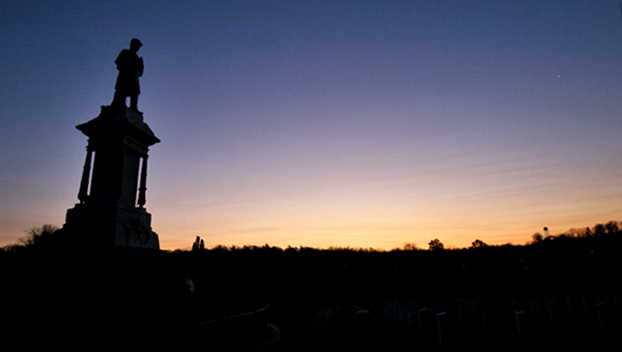 After grave markers were broken and knocked down in a plot where Confederate soldiers are buried, one Mississippi mayor said he wants the maximum penalty for people desecrating graves at the city’s cemetery.

Mayor George Flaggs Jr. said Monday the city will be watching out for people desecrating graves at the city’s Cedar Hill Cemetery, and anyone caught could face a heavy fine, jail time or both.

The mayor at Monday’s meeting of the Board of Mayor and Aldermen said he had received reports that some graves were recently desecrated in the cemetery.

City Sexton Venable Moore said Monday afternoon four or five grave markers were knocked down or broken in the area of Soldiers Rest, a plot in the cemetery where Confederate soldiers who died during the Siege of Vicksburg are buried. He said the damaged markers have been repaired and replaced.

Flaggs said he wants to send a message to anyone desecrating the cemetery or a grave.