Doughnuts too much of temptation for black bear roaming Mississippi downtown. Animal captured by wildlife officials. 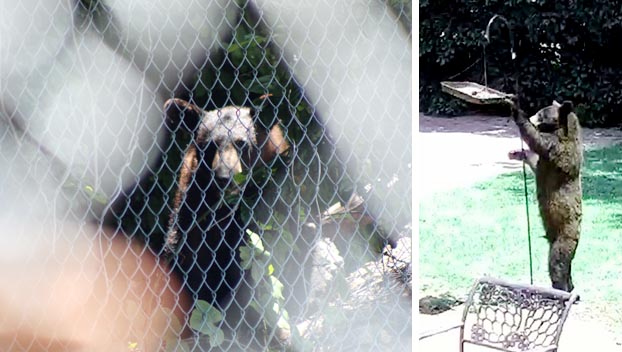 The Donut Shop doughnuts proved too much of a temptation.

At about 6:30 a.m. Thursday, a black bear that had been spotted roaming around downtown Natchez Wednesday climbed into the barrel-shaped trap for his breakfast.

”He climbed up on the tailgate of it a couple of times last night before we left after 9 p.m. He slept through the night and got up this morning ready for donuts for breakfast,” said Karren Holland Ewing with the Adam’s County Sheriff’s Office.

“He loved those doughnuts (from the local shop). We gave him a few early on to make sure he stayed close.”

She said officials with the Mississippi Department of Wildlife and Fisheries secured the bear and whisked him out of town quickly before people came out for their morning strolls and potentially agitated the trapped bear. He is being relocated to an appropriate wooded area.

Sheriff Travis Patten thanked Calab Lee, manager of The Donut Shop, for the doughnuts, which were key in capturing the bear.