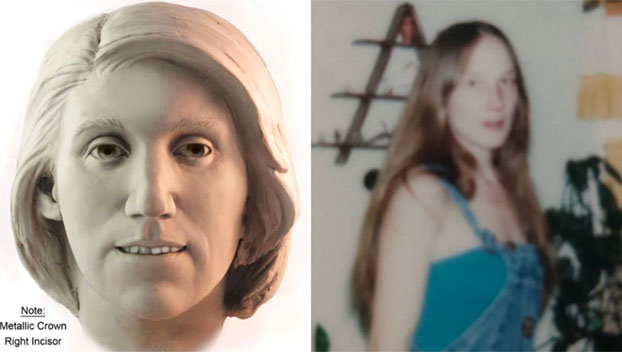 A skeleton found in a Mississippi swamp 30 years ago has been identified using DNA as a missing woman from Pennsylvania.

Officials from the Jackson County Sheriff’s Office said the skeleton is that of Kimberly Ann Funk of Sharon, Pennsylvania, who went missing in 1990. Using his DNA, they were able to confirm the skeleton’s identity.

Previously, authorities were unable to identify the woman, who was in her 20s and had brown hair. Before Thursday’s announcement, she had been referred to as Jane Doe.

A clay model was made of the woman’s skull to help identify her, but no leads came in.

In 2012, Pascagoula Police investigator Darren Versiga, former Jackson County coroner Vicki Broadus, and sheriff’s investigators began looking at the county’s unsolved deaths. The skull was sent to the University of North Texas, where the most updated DNA extraction and processing was conducted.

In March 2021, a possible brother of the victim in Pennsylvania was identified. Cold case investigators talked with him and he confirmed that he had a sister named Kimberly, who went by the name “Star,” who went missing in 1990. DNA samples were taken and a match was confirmed.

With the brother’s help, investigators learned that Funk had been on the Gulf Coast, between April and June of 1990. Investigators are still trying to put together a timeline between then and when her body was found.