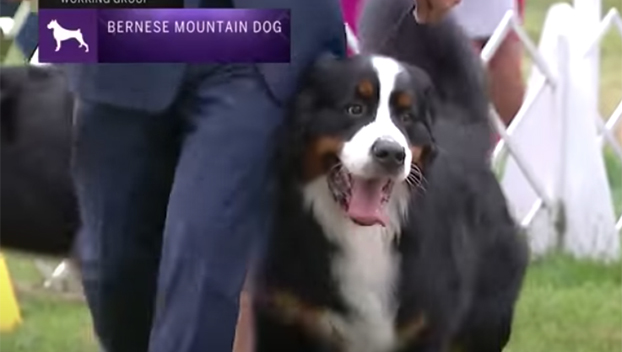 A Tupelo dog was named best of his breed at the Westminster Dog Show this weekend.

George is co-owned by Kathy Cook of Tupelo and Lisa Gallizzo of New Jersey.

George competed against 31 other Bernese Mountain Dogs to take the ribbon. He then competed for the Working Group ribbon against other breeds in that group. The Working Group was won by a Samoyed. Wasabi, a Pekingese that won the Toy Group, was selected Westminster’s Best in Show.

According to the American Kennel Club, Working Group dogs like George are large, strong and intelligent, allowing them to perform tasks such as guarding property, pulling sleds and performing water rescues.

More than 2,500 dogs from over 200 breeds in seven groups competed this year for the top prize.