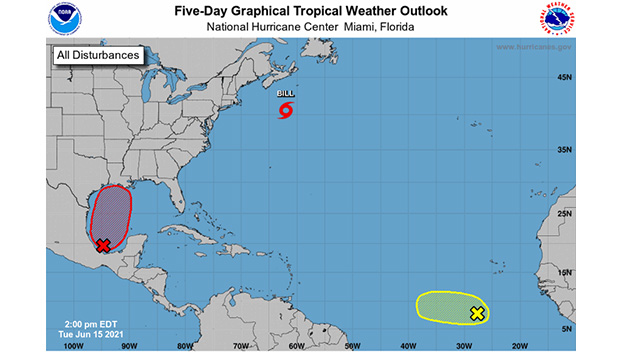 A tropical disturbance in the Gulf of Mexico has an 80% chance of forming into a tropical depression as it makes toward the Gulf Coast, forecasters with the National Hurricane Center said Tuesday afternoon.

Heavy rains — from 4 to 10 inches  — are expected to douse South Louisiana and the Mississippi Gulf Coast. Heavy rains are in the forecast from Friday through Sunday, according to the National Weather Service.

Rainfall totals could be an issue as we approach the weekend pic.twitter.com/tc9mdUGdfj

The Hurricane Center’s Tuesday afternoon update indicated that a low pressure area had disorganized showers and thunderstorms over southern Mexico and the Bay of Campeche. The system isn’t expected to move much until Thursday, when it is expected to start moving north. The system is likely to form into a tropical depression later in the week when it moves over the central and northwestern Gulf of Mexico.

If the tropical disturbance strengthens into a tropical storm, it will be named Claudette.

It’s one of three disturbances the National Hurricane Center is tracking, including Tropical Storm Bill in the Atlantic.