A domestic abuse survivor did everything right to protect herself but the laws on the books failed her. 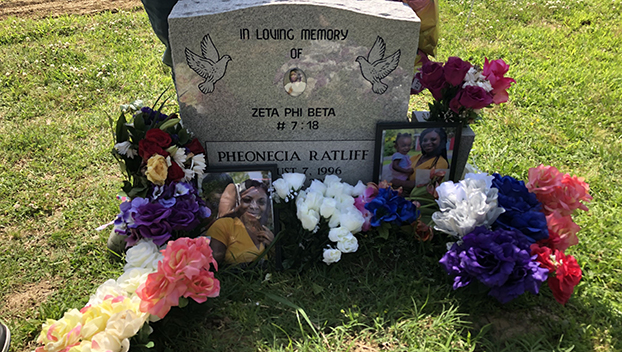 As a survivor of domestic violence, Pheonecia Ratliff did almost everything right.

She contacted the police. She filed domestic violence charges against her abuser. She filed stalking charges. Her abuser was given a no-contact order.

But she never got her day in court.

Violence Is The Punctuation Mark

About 50 to 75 percent of domestic violence homicides take place after a couple separates.

“The most dangerous time for women is when they decide to leave,” said Kit Gruelle, a nationwide activist for domestic violence victims and police trainer.

“Any time a domestic violence victim exercises any kind of agency, the abuser views that as ‘she is defying me.’ In his mind, she’s fair game for him to assert himself in any way he chooses,” she said.

“Violence is the punctuation mark. It’s what he turns to when the other tactics fail.”

Pheonecia Ratliff, 23, had met Jamarquis Black, 24, in high school. They remained a couple for about eight years. He spent many nights with Pheonecia, her mother and four siblings. Pheonecia continued to juggle two jobs — at Subway and Walmart — and her early-childhood education studies at Jackson State University. She was to graduate in December 2020 and planned a teaching career.

There was a “drastic change” in the couple’s relationship early in 2019 when Pheonecia discovered she was pregnant, said her mother, Suzanne Ratliff. Jamarquis did not want the baby. Pheonecia did. After their daughter, Jordyn, was born in November 2019, Jamarquis told Pheonecia she had “trapped” him with a baby.

He began to use the new baby as a pawn, Suzanne recalled. If he and Pheonecia argued, he would take Jordyn to his father’s place and stay there with the baby until Pheonecia had placated him. He repeatedly denigrated her:

In October 2020, the theme of the National Coalition Against Domestic Violence’s annual conference was abuse of Black women.

Executive Director Ruth Glenn, a survivor herself, said intimate abuse has too often been a secret in the Black community —a deadly one for victims that may include their children and other family members.

She said many Black women hesitate to report their abuse to the police. They may not trust the police or don’t want to see their partners arrested and become another Black man behind bars.

Pheonecia Ratliff did not keep secret what was happening. Jamarquis stalked her, following her car, checking that she was in a classroom at Jackson State, and even climbing up the front of her family home in Canton to watch her while she slept.

By spring 2020, she had broken off with him, but they argued because he wanted custody of Jordyn. On April 28, 2020, he entered the Subway restaurant on Canton’s town square, where Pheonecia was working. He had a gun. He told her if she didn’t do as he wanted within the week and give him the baby, he would “finish it” for her.

Outside Subway, Pheonecia flagged down a police officer. Jamarquis was arrested, and his gun confiscated.

‘Has He Ever Used A Weapon Against You Or Threatened You With A Weapon?’

Canton police lacked a tool former Byram Police Chief Luke Thompson had used. At a conference on domestic violence a decade ago, he learned about the Danger Assessment, a one-page quiz developed for victims in 1985 by sociologist Jacqueline Campbell at Johns Hopkins.

Adding one new question, Thompson gave the sheet to his officers responding to calls about domestic violence: “Has he ever used a weapon against you or threatened you with a weapon?” But if a victim answers “yes” to any of the first three questions, the officer hands the victim a cellphone with an advocate on the other end of the line.

If Canton had used Thompson’s approach, Pheonecia and her daughter might have found shelter in a safe house. Today, the entrance to the Canton Police Department features posters in English and Spanish advertising the number for the Center for Violence Prevention in Pearl, which offers “30-day emergency shelter.”

Homicide steals the lives of more young Black women like Pheonecia than anything except accidents like car crashes, according to the U.S. Centers for Disease Control and Prevention. Johns Hopkins sociologist Campbell, a leading scholar of domestic violence, said intimate partners carry out more than half of these killings. In three-fourths of these deaths, the man has physically abused the woman before killing her.

Campbell’s Danger Assessment study found women threatened with a gun were 20 times more likely to be killed. In a study a decade ago, the CDC concluded Mississippi had the worst rate of gun homicides of women in the nation. To date, the state trails only Alaska in gun deaths per capita.

Since the onset of the pandemic, the risk in Mississippi to women and children has gotten worse. Gun sales have spiked. In Jackson, the 2020 homicide rate was higher than ever before.

On May 11, 2020, Jamarquis bailed out of jail for $15,000 for his charges of domestic violence and felony stalking. He only would have had to put up $1,500, in cash or property. Before he left his cell, a judge told him over the phone that he could not contact Pheonecia, or purchase or possess a firearm, under pain of returning to jail. He got one anyway.

The evening of May 14, Jamarquis sped to the Ratliff family home in Canton, surrounded by large “No Trespassing” signs. He hid behind a tree. When Pheonecia arrived home from her late shift at Walmart, he grabbed her at gunpoint in the driveway.

The night of May 14, Suzanne Ratliff was on her front porch, as she had done every evening to make sure her daughter got inside her door safely. Instead, she witnessed her daughter’s kidnapping. Pheonecia’s younger sister, 21-year old Alexandria, tried to stop Jamarquis. He shot her in the thigh.

Jamarquis forced Pheonecia into his car and fled with her.

‘I Want You To Know I Love You, Mom’
In most states, domestic violence is a misdemeanor. In Mississippi, an abuser must be convicted three times before his crime can be classified as a felony, and his firearms confiscated. But under federal law, if a victim has secured an order of protection against her abuser, his firearms must be confiscated. Pheonecia did not seek an order of protection.

Around 6 a.m. May 15, 2020, Suzanne got a call from Jamarquis, who had been driving Pheonecia across Mississippi all night as police tracked his cellphone. He sounded nervous. He told Suzanne to take baby Jordyn to his aunt’s home in Canton.

Suzanne believed his request meant that, in exchange for his daughter, he would release Pheonecia. When Suzanne arrived at his aunt’s house, she was startled to see his mother, Elizabeth Black-Wooten, who lived a two-hour drive away in Nesbit. “I’m so sorry,” Elizabeth stuttered. “I’m so, so sorry.”

Suzanne went on to work at Subway on Canton’s central town square. Around noon, on her break, she got a call from Pheonecia. She was crying. “I want you to know I love you, Mom,” Phoenicia told her. “I love you all.”

Suzanne told her daughter she loved her, too. The call ended suddenly.

Not long afterward, Suzanne says a police officer came into Subway. (The police report says he beckoned her outside.) He told her Jamarquis did as he had threatened and “finished it.” He shot Pheonecia in the head before killing himself.

Suzanne fell to her knees, sobbing and screaming, “She’s dead!”

When Mike Hurst, then U.S. attorney for the Southern District of Mississippi, heard about Pheonecia, he knew he had to act. From his office in Jackson, he called Suzanne Ratliff. In September 2020, Hurst, who has six daughters, created a domestic violence task force dubbed Operation Pheonecia and named Thompson, the then Byram police chief, as a member.

On May 15, one year after she was killed, Pheonecia’s friends and family gathered at Suzanne’s invitation for a memorial at Onisha Burks Memory Gardens Cemetery, an ancient Black cemetery in Canton with huge shade trees.

Mourners hugged Suzanne and recalled Pheonecia as kind and friendly, a smile beaming across her face. “She was a big ol’ ray of sunshine,” recalled her friend, Ronnie Bass.

For Suzanne, the tragedy has been doubly painful. She has barely seen Jordyn, now 2½, since dropping her off at Jamarquis’ aunt’s home a year ago. She said Jarmarquis’s mother wouldn’t allow Jordyn to attend Pheonecia’s funeral or the memorial.

Jordyn now lives in Nesbit with her paternal grandmother, who has filed for guardianship and petitioned successfully to have the case moved from Madison to DeSoto County. Suzanne has a lawyer and plans to fight for joint custody.

As U.S. attorney, Mike Hurst set out to educate Mississippi’s prosecutors and judges about the federal law that deprives abusers of firearms. He advocated using a tactic employed by civil rights lawyers in the 1960s, moving cases to federal courts to ensure abusers’ firearms are confiscated. He frequently made speeches to persuade police to arrest abusers, and district attorneys and judges to prosecute them.

Although Hurst is no longer U.S. attorney and Thompson has retired, the task force continues to work to take guns from abusers. If the 2021 Violence Against Women Act passes the Senate, U.S. attorneys will have new tools to confiscate guns from those guilty of domestic violence.

As the press conference announcing Operation Pheonecia, Suzanne urged anyone in a violent relationship to leave. Now.

“Get out at the first sign,” she said. “No matter how you may think a person will change, they will not. It may start off verbally and end up physically. It doesn’t get better, it only gets worse.”

This story was published with the support of a fellowship from Columbia University’s Ira A. Lipman Center for Journalism and Civil and Human Rights. Contact Cunningham at amc@mississippicir.org.

Tropical system shaping up to be super soaker for…