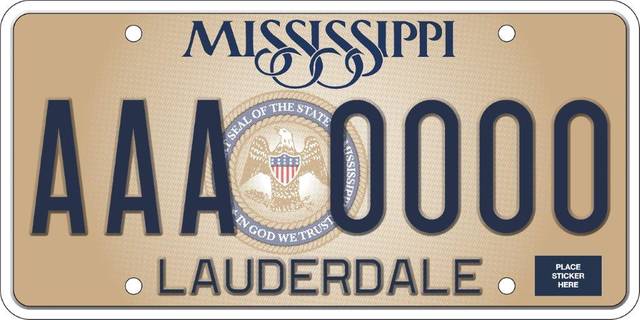 American Atheists, the Mississippi Humanist Association and three nonreligious state residents filed a lawsuit Tuesday against the state over its “In God We Trust” license plate. The complaint accuses the Mississippi Commissioner of Revenue of violating the people’s freedom of speech and religion by forcing them to display the religious message on their personal vehicles.

The license plate has included “In God We Trust” since 2019. The lawsuit claims that car owners are forced to promote the religious statement or pay an additional fee for a specialty plate without it.

“Every minute they spend on the streets of Mississippi, atheists are forced to act as a billboard for the state’s religious message,” said Geoffrey T. Blackwell, litigation counsel at American Atheists. “Some can avoid being a mouthpiece for the government by paying a penalty.”

The lawsuit also claims that there are no alternatives to the plate for trailers, motorcycles, recreational vehicles, drivers with disabilities and custom plates.

“For years, I had a personalized license plate message on the old blues guitar design,” said American Atheists’ Mississippi Assistant State Director for Gulfport Sarah Worrel. “In 2019, when ‘In God We Trust’ became the new standard plate, I was forced to either give up my chosen message or display it alongside the Mississippi government’s religious statement. I shouldn’t have to make that choice. The government shouldn’t be able to decree that I display a message that goes against my beliefs.”

Gov. Tate Reeves, in a statement on Twitter, said he plans to defend the license plate’s motto.

“I know Mississippi’s values are our strength…and I meant it when I said as Governor I would defend our values every single day! I will defend ‘In God We Trust’ on our tag, on our flag, and on our state seal….Every. Single. Day,” he wrote.

“No matter how much Gov. Reeves or other politicians want to pretend that Mississippi is some kind of Christians-only club, it doesn’t make it true,” said Nick Fish, president of American Atheists. “Forcing atheist drivers to endorse a religious message they reject is antithetical to our values as Americans and unconstitutional, plain and simple.”