Hamming it up: One pig has become the talk of the town for one Mississippi community 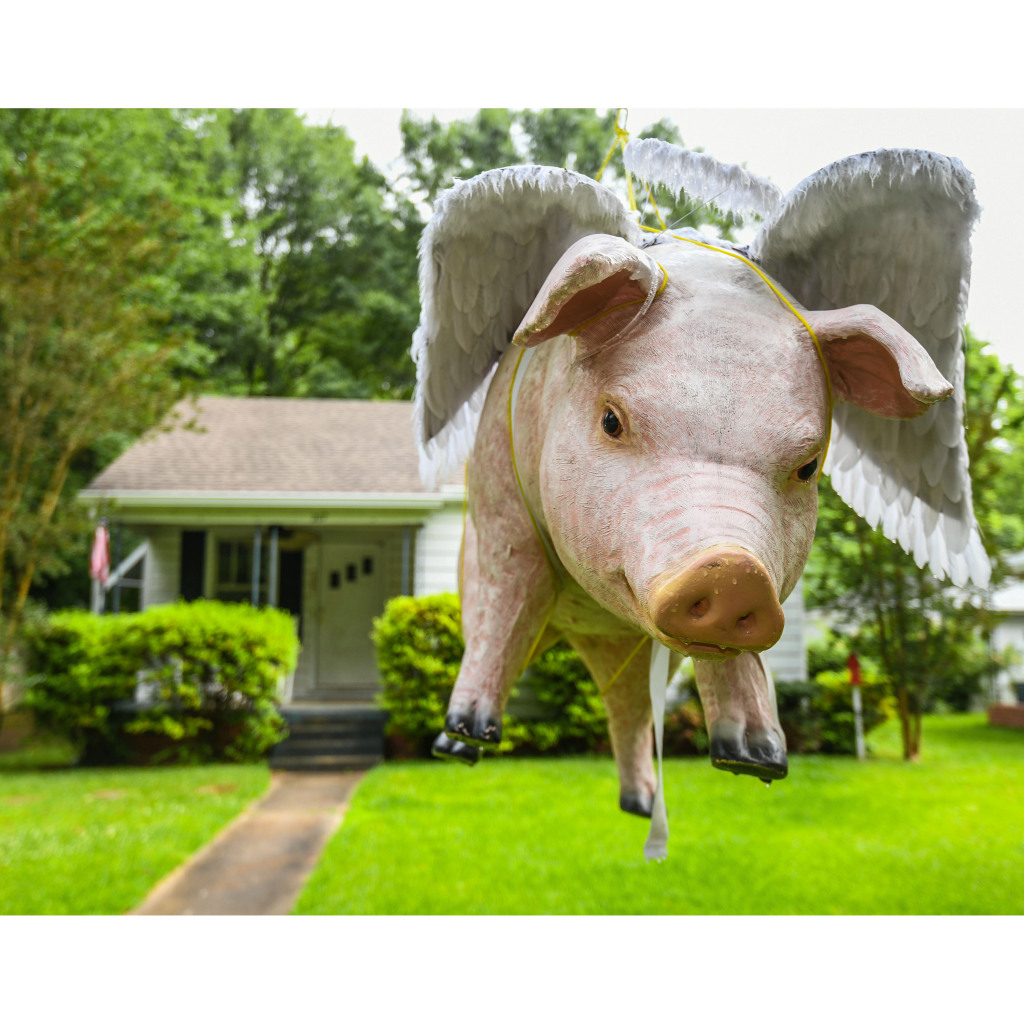 Francis Bacon, the pig of Price Street, went from a movie set prop in Los Angeles to the most talked-about addition in a Mississippi neighborhood in a matter of days.

Ryan Byers, who is a filmmaker, came into possession Francis after learning a disbanding catering company was going to dispose of the porcine prop. So as Byers was loading up the moving truck to make the journey from California to Oxford, Mississippi, he found extra room in the truck for Francis to join the journey.

Francis’ introduction to Oxford began immediately upon Byers arrival to his home on Price Street, and the pink newcomer has quickly caught the eye of people walking and driving by.

“We just put it in the front yard with a bunch of other stuff, boxes and things, while we were kind of trying to settle what would go in the garage and in the house,” Byers said. “Within 15 to 20 minutes (we noticed) the amount of people who slowed down, thought it was a real pig or had some sort of slow drive-by commentary with it. We just had a good laugh, and we’re thinking, ‘Okay, this would be a real interesting addition to the house if we wanted to play with it.’”

From there, Francis’ celebrity status slowly grew as Byers began playing with ideas: Francis flipped over from a skateboard accident; Francis with a basket filled with fresh produce from the farmer’s market; Francis reminding his neighbors to vote. Soon, Francis had his own social media presence on Instagram (@pricestreetpig).

“Being fresh to Oxford, a lot of these things are dictated by the community and things we’re seeing,” Byers said. “Obviously, we want to do a lot of Rebel-oriented installations when school’s back in session …We love being able to use Francis as a platform for things like getting out to vote or pushing farmers’ markets.”

Moving from California and to Mississippi and the South for the first time, Byers was instantly introduced to the hospitality of his neighbors and their love of Francis. One of the reasons Byers chose Oxford to live was for Square Books and he has started the Francis Book Club with the locally-owned bookstore.

“The contrast of being in California for such a long time, and this is not indicative of the entire state, but pockets of it can be pretty stand off-ish. Being in Oxford for 72 hours, it was just funny how much of the southern hospitality terminology rang true,” Byers said. “I’m not used to that kind of interaction, and we love it. We welcome it. It’s incredible and an amazing opportunity to break the ice and meet residents of the community.”