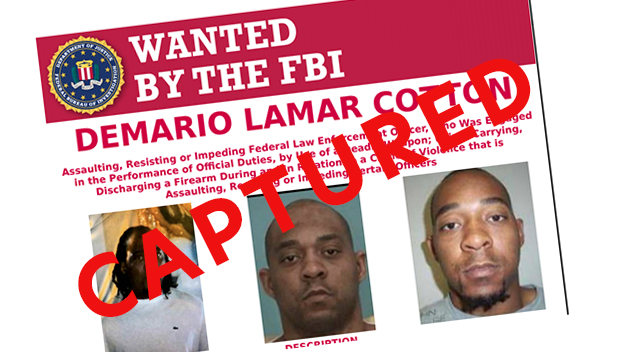 The man who is suspected of shooting an FBI agent during a traffic stop while assisting police is in custody.

“Demario Lamar Cotton is in FBI custody. He was taken into custody without incident by FBI Special Agents this morning in Jackson,” FBI Spokesman Brett Carr said in an email press release. “Details will be released at a later date.”

The FBI Jackson Field Office offered a $50,000 reward for anyone with information that could lead to the arrest and conviction of the suspect who shot one of their agents Saturday.

Cotton is suspected of shooting an agent from the Jackson office at approximately 11 p.m. Saturday during a traffic stop near Oaklawn and El Paso Street.

Cotton, 38, was charged with a two-count criminal complaint Monday in U.S. District Court for the Southern District of Mississippi. A federal arrest warrant has been issued by a U.S. Magistrate judge.

Cotton is considered armed and dangerous.

New cases of coronavirus on rise in Mississippi again…