Mississippi man arrested after agents discover more than 2 pounds of meth, marijuana and other illicit drugs 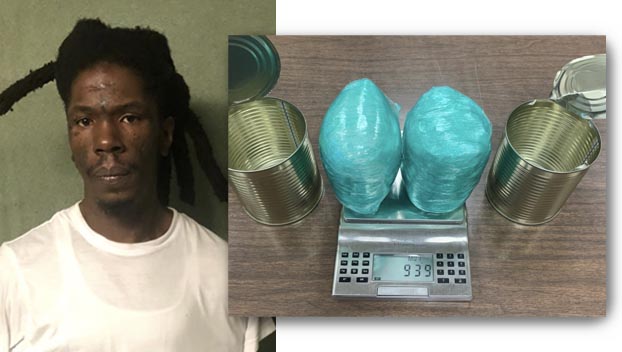 One man is behind bars after drug agents say they found him with more than two pounds of methamphetamine, marijuana and crack cocaine.

On June 22, 2021, Agents with the Mississippi Bureau of Narcotics, with assistance from the Drug Enforcement Administration’s HIDTA Task Force, the Mississippi Department of Corrections, the Forrest-Perry Metro Narcotics Task Force, and the Hattiesburg Police Department, arrested Jermaine Antoine Garner, 36, for a probation violation warrant.

During the investigation and arrest, Agents seized approximately two pounds of methamphetamine, one-half pound of marijuana, and three grams of crack cocaine. Scales, baggies, and other items associated with narcotics trafficking were also recovered.

Following his arrest, Garner was transported to the Forrest County Jail.