‘Not many can say they’ve been an Olympian’ Former Mississippi State athlete, now coach gets call of lifetime to join Olympic team 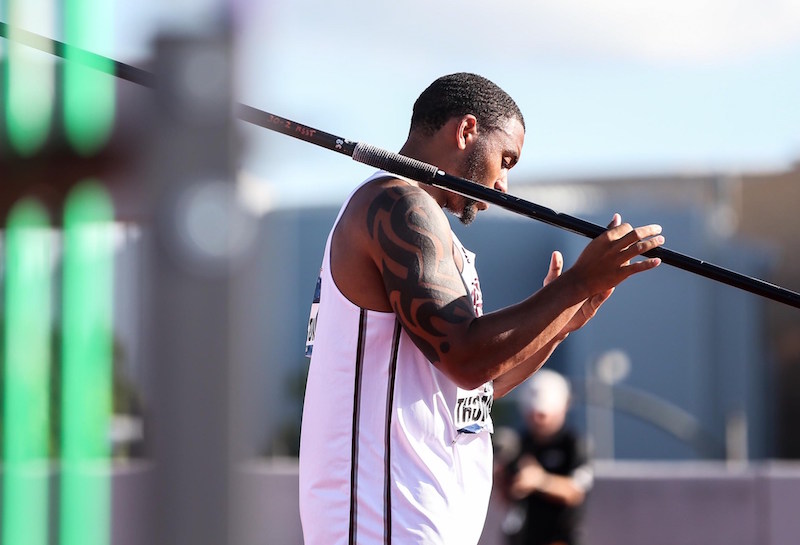 Fielding a phone call on Thursday, July 1, Curtis Thompson didn’t know what to expect, but he remained hopeful.

Playing the waiting game since winning the javelin throw at the U.S. Olympic Trials two weeks ago, he knew he had a good chance to make the Olympics, but also knew there was an outside chance it didn’t happen.

On the other end of the phone on July 1, however, was the USA Track and Field organization telling Thompson he had made the U.S. Olympic team.

“It’s very big for me. Javelin has been a big thing in my life for quite some time now,” Thompson said. “To be an Olympian, not many can say they’ve been an Olympian. To get out to Tokyo and compete with the best, that means the world to me. I just look at every opportunity and want to capitalize on every opportunity I get.”

Thompson seemed calm during the phone call, but then cracked a smile and confirmed the news of a lifetime right after getting off the phone.

A former track star in high school at Foley before heading to Mississippi State, Thompson is now an assistant coach in the county at Spain Park High School helping out head coach Michael Zelwak.

“Working at Spain Park has been a blessing to be a part of that family and gain that support from coach Zelwak and the school as well,” Thompson said. “I’m a substitute teacher there too, so to walk the halls and hear everybody excited about me chasing my dream, it’s just been great.”

Following heartbreak in 2016 when he just missed out on reaching the Olympics after finishing second in the trials, Thompson poured hours upon hours of hard work hoping to change the outcome heading into 2020.

Then COVID-19 struck, forcing last summer’s events to be canceled, shifting his sights to another year of training, which became mentally and physically challenging.

But Thompson always kept his eyes locked on the dream of being part of the U.S. Olympic team.

Heading into the trials, he knew there were two ways to qualify—hit the Olympic standard of 85 meters or be in the top 32 of the world rankings.

“The first day I was there, the game plan was just to execute and survive and advance to the final day,” he said.

With the highest of three throws determining his fate, Thompson hit 76.23 meters on his first throw, which became good enough to take second and send him to the finals as one of 12 qualifiers.

His mindset going into the final day was to just compete and throw it as far as he could, and he didn’t disappoint.

All of those were already good enough to win the trials, but he knew he still hadn’t hit the Olympic standard and gave it his all on his final throw.

Thompson still didn’t hit the standard of 85 meters, but came within just more than 2 meters after his throw hit 82.78 meters.

That gave him the win in the trials by more than 3 meters and moved him up to 23rd in the world rankings, firmly inside the top 32 qualifying spots for a position in the Olympics.

“This is one of my best performances so far,” he said. “This is my first time at a meet having three throws over 80 meters. This was my second meet this year going back over 80. I had an 81-meter throw in Tucson. It feels good to get back on the other side of the 80-meter mark.”

It was an emotional and rewarding moment for Thompson, who was hurt in 2017 and then redshirted at Mississippi State in 2018.

Those obstacles, however, made him want it even more, and in his first event back during the summer of 2018, he won, which started his path to earning a spot on this year’s Olympic team.

“It was a very special moment. It was almost a moment of relief, excitement and happiness. A little bit of everything,” he said. “There has been a lot of hard work put in not only this year, but last year as well. Just to be able to have one of the best series ever, it gives me confidence and shows what I’ve been working on.”

Mississippi man apparently believed it was OK to threaten…