76-year-old Mississippi man knows how to run, jump — knows how to collect medals too. Senior olympian continues to inspire. 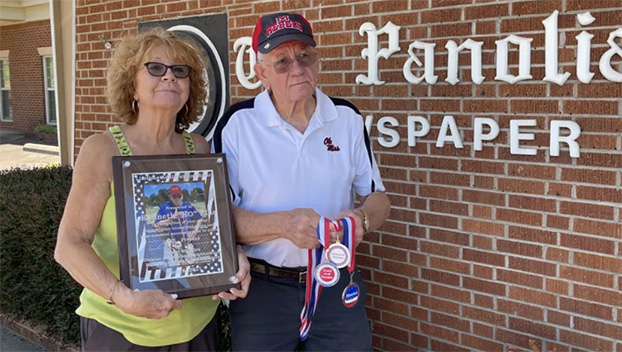 At 76 years young, Kenneth “KO” Ellis still knows how a little something about running and jumping. He knows a little bit about collecting medals, too.

After all, Ellis has collected more than 500 of them since he started competing in 1985.

The Senior Olympics runner has garnered national attention in his sport and continues to add to his list of accomplishments.

Ellis has been pictured locally and nationally for several years with a variety of medals and trophies he’s earned over the years. Recently, Ellis was able to complete a longtime goal, and to obtain his 500th achievement medal.

The former Memphis firefighter started to compete for medals in 1985. With a big background of sporting events behind him, Ellis knew that he could reach his goal of 500 achievement medals.

“He got interested in these competitions that started in San Jose California that were called the World Police and Fire Games (WPFG),” said his wife, Linda Ellis. “This would be where he started collecting his medals from the events he won and participated in.”

Ellis would participate in events such as track and field, decathlations, pole vault, long jump, high jump, triple jump, 500 meter, 100 yard dash, and a lot of other events to obtain his medals. Not only was he doing what he loved most in these events, but he also got to travel the world to compete in different events from places including Sweden, Tokyo, Sydney, and Barcelona.

“I was flabbergasted to find out that I had obtained my 500th goal,” Ellis said. “It was such an amazing accomplishment.

Even though Ellis, who is 76 years old, was able to accomplish his goal, he doesn’t plan on stopping any soon. He plans on going to future events to continue his passion in what he has done for the sport.

He can often be found practicing on the new track field at Robert H. Dunlap Stadium that was recently finished earlier this year.

Ellis has always been an inspiration to not only Panola County, but to the entire country with the reminder people are able to do anything they want if their minds are set on the goal.