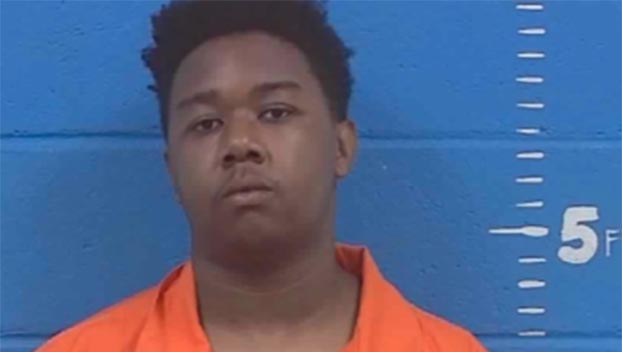 A Mississippi teen wearing an ankle monitor from the conviction of a non-violent crime has been arrested after another teen was shot and killed Wednesday night.

At 9:13 p.m. Wednesday, officers from the Brookhaven Police Department responded to a call of shots fired on Hines Street.

Officers arrived at 704 Hines St. and found a man in the back yard of the home who had suffered multiple gunshot wounds. He was later identified as Kemon Funchess, 18, of 216 Lumber St., according to BPD Chief Kenneth Collins.

Funchess’ body has been sent to the state crime lab in Jackson for an autopsy, according to Lincoln County Deputy Coroner John Riggs.

Kentory Benson Jr., 18, who was fitted with an ankle monitor, was arrested at the scene and charged with violation of the restrictions of his parole, Collins said.

A Lincoln County Justice Court representative confirmed an ankle monitor in such instances is used by parole officers to keep tabs on someone convicted of a non-violent misdemeanor crime.

“To the Funchess family, I know your pain and sorrow is immeasurable and words cannot ease that pain. Only God can,” Collins said. “I want you to know we’re doing our best (and) we’re going to continue to do our best.”