Late sheriff remembered as more than just a law man 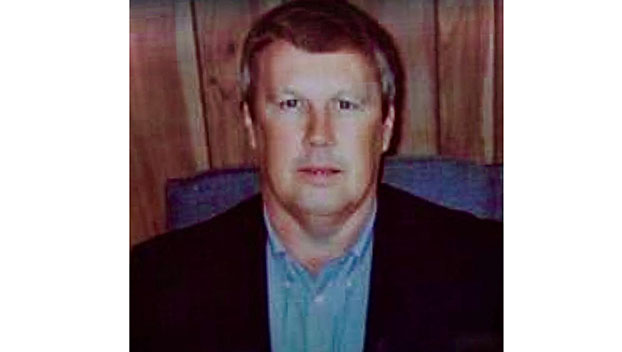 When Brandon Presley was elected mayor of Nettleton at just 23, he knew he could count on his uncle, Lee County Sheriff Harold Ray Presley, to help him work through any problems he might face.

“The night before I was sworn in, Harold Ray called me,” said Brandon Presley, who is now the northern district Public Service Commissioner. “He said because you are in office, there are going to be people who will ask you to do things that are not right. You tell them you have a 300-pound uncle that will put them under the jail.”

But it was not to be. Just five days later, a fugitive shot and killed Harold Ray. Tuesday marked the 20th anniversary of his death.

While many people remember the larger than life sheriff for his hands-on approach of leading by example, Presley remembers an uncle who straightened out his life and served as a role model for a little boy who lost his father.

“On my first day of the third grade, my father was murdered,” Presley said. “Harold Ray stepped in and was a father figure.”
At least once a month in the late 1980s, Harold Ray would take Brandon riding while he patrolled the south end of the county. He would drop by the house on Saturdays and hit the siren. And the middle school student would run out and jump in the patrol car.

By 1993, Harold Ray was the head of the narcotics unit at the sheriff’s office. When Sheriff Jack Shirley died, Harold Ray was one of a double handful of candidates who sought the open slot. Harold Ray had something none of the others did, a 16-year-old nephew who became his campaign manager.

“I was already knee-deep in politics, so I took on the role of putting together ads, TV spots and helped put up signs,” Brandon said.

One of his jobs was also convincing his painfully shy uncle to stand up and speak at political functions. After winning the 1993 special election to become sheriff, Harold Ray had to run again in 1995.

“I remember I had to make him go to this speaking on the east side of the county,” Brandon said. “They let the candidates speak alphabetically. When it was his turn, Harold Ray just said, ‘If someone is beating on your door at 2 a.m. and you call the sheriff, which one of us (candidates) do you want to show up?'”

He collected 66% of the vote in that election.

After joining the sheriff’s office as a patrol deputy in 1988, Harold Ray joked that he had never ridden in the front seat of a patrol car. He was rough and rowdy in his younger days, especially with his oldest brother, Brandon’s father.

“The two things my daddy and Harold Ray liked to do was drink and fight,” Presley said. “But he straightened out his life and was a recovered alcoholic. And as sheriff, he introduced Alcoholics Anonymous and Narcotics Anonymous to the jail. He also started a GED program for the prisoners.”

Harold Ray led by example and led from the front. On a drug raid, he was usually the first person through the door. He would never ask a deputy to do something he wasn’t willing to do himself. And as sheriff, he felt he was always on duty.

“I don’t think he ever took a day off, and I know he never took a vacation as sheriff,” Presley said. “He loved to fish, but he always had his radio with him. I can remember him saying over the radio, he almost had the boat back to shore and he would be there shortly.”

Harold Ray loved the persona of a rough and tumble sheriff with a Southern drawl, but he was also an astute judge of people and politics.

“He was more politically savvy than most people realize,” Presley said. “He was one of the first to hold press conferences to keep his name and face in the media. And he hand wrote all of his own press releases.

“He also had his own style. He was one of the first sheriff’s to drive a truck. And he never wore a uniform. He was always in khakis and cowboy boots.”

Harold Ray was re-elected to a second full term in 1999 and probably would have held the job as long as he wanted it. But it all ended with the events of a Thursday night in July that concluded in the early hours of a Friday morning in 2001.

Harold Ray was taking part in a manhunt for alleged kidnapper Billy Ray Stone when a tip led him and a deputy to a house on Fellowship Road in the predawn hours of July 6, 2001. Stone burst from a room in an out building and shot the sheriff multiple times. Harold Ray returned fire and hit Stone once. Harold Ray, who had taken off his bulletproof vest because it was hot, died from the injuries.