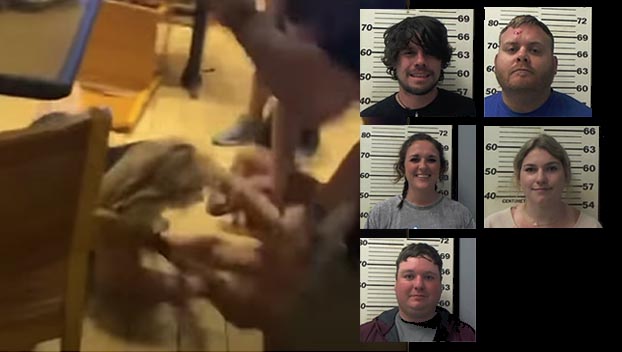 Five people have been arrested after they reportedly turned a weekend dinner at a Jackson-area restaurant into a bar brawl for its customers.

The fight, which was captured on video by several diners, happened about 11 p.m. at the Buffalo Wild Wings in Flowood Saturday.

Lacey Nichols, Ricki Blailock and Jeffery Miller have been charged with disturbance in a public place.

Buffalo Wild Wings ownership has not responded to a request for comment.