He admitted to setting his ex-girlfriend on fire three years ago; now he wants out of prison; here’s what the court said about that 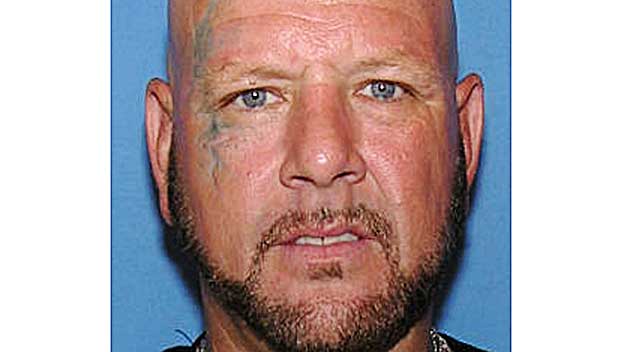 A Mississippi man who admitted to kidnapping his ex-girlfriend and setting her on fire in 2017 now thinks his double life sentences in prison with no parole is unfair so he asked the Mississippi Court of Appeals to consider intervening.

Jerry Willis, who was 42 when he was sentenced to two life sentences back in May of 2018, filed an appeal in the case where he pleaded guilty to the kidnapping and attempted murder of his ex-girlfriend.

The case began back in November of 2017, when officers with the Poplarville Police Department and Pearl River County Sheriff’s Department deputies found a woman partially disrobed and suffering from burn wounds at the intersection of Spring Hill Road and Highway 11, according to previous coverage.

Even though she was suffering from severe injuries, she was still able to recount what happened to her and tell the law enforcement officers. In that statement, she said that Willis, who is her ex-boyfriend, kidnapped her and later stopped on the side of the road where he poured gasoline on her before setting her on fire, previous coverage states. After setting her on fire, Willis left the area in her vehicle.

The victim ended up suffering third-degree burns on about 40 percent of her body.

The case was tried in 15th Circuit Court where Willis later pleaded guilty to attempted murder, kidnapping and taking away of a motor vehicle. Due to his status as a habitual offender, he was sentenced to two life sentences and five years, and would not be eligible for parole.

In the decision issued by the Court of Appeals of the state of Mississippi, it states, “ Willis also pled guilty to being a violent habitual offender, pursuant to Mississippi Code Annotated section 99-19-83. After a hearing, the court accepted Willis’ plea.”

Willis filed a motion in February of 2020 claiming that his pleas were involuntary, that his sentence was illegal, that the prosecutor engaged in misconduct and that is counsel was ineffective, according to the appeal decision.

“The court entered an order dismissing Willis’ ineffective-assistance-of-counsel claim and required the State to file a written answer to the remaining issues in Willis’ PCR motion. After the State filed its answer, the court denied post-conviction relief,” the decision states.

His status as a habitual offender, as stated in the decision, is based on prior convictions as listed below: theft in the 24th Judisical District of Louisiana in which he was sentenced to 15 years back in July of 1997; grand theft auto, battery of a law officer, aggravated fleeing/attempt to elude, failure to appear and aggravated assault with intent to commit a felony in the 1st Judicial District Court in Escambia County, Florida that was passed down in November of 1998 and resulted in his sentence of 14 months of imprisonment.

He was also sentenced to 27 and a half months in Bay County Florida back in Oct. 2008 for possession of a controlled substance and introduction of contraband in a county facility, the decision states.

When the 15th Circuit Court asked if his prior convictions were true during the case concerning the 2017 assault on his ex-girlfriend, he admitted they were, the decision states.