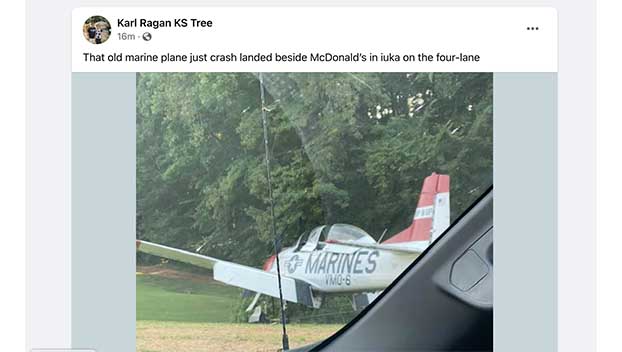 A small airplane appears to have had to make an emergency landing on a stretch of Mississippi highway Saturday afternoon.

Video and still photographs posted to social media show the airplane stopped along the edge of the highway. The airplane did not appear severely damaged. No word on whether anyone onboard sustained injuries or not.

Exactly what happened is not yet known, but emergency crews are on the scene.