Mississippi native, Grand Ole Opry singer has hit song; can’t get baseball out of his blood 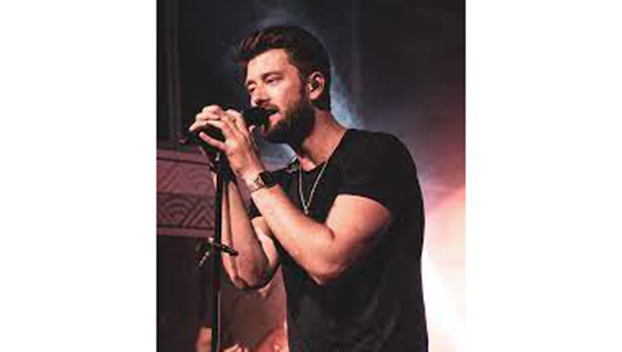 Adam Doleac knew it was close. His single, “Famous,” was climbing in sales, but was it enough?

The Hattiesburg native said he found out the song had gone gold when he was surprised by a presentation during his appearance at the Grand Ole Opry in Nashville in May.

The Recording Industry Association of America issues a gold certification once a record reaches half a million copies sold — not an easy feat when the entire world is shut down. But despite being unable to tour in support of his music, Doleac’s popularity continued to grow.

2021 has been a good year for Doleac so far, with another song, “Key to the City,” taking the spotlight this summer at the College World Series in Omaha.

Doleac, 33, knows what the Mississippi State and Vanderbilt teams were feeling at the baseball tournament because it’s a place where he has been before.

In fact, Doleac wrote “Key to the City” as a tribute to his time as a baseball player with the University of Southern Mississippi.
“The city of Omaha is on fire for baseball for those two weeks, and they really roll out the red carpet for all the players,” Doleac told the Tennessean. “I remember feeling that, and I guarantee every player who’s stepped onto that field has felt it, too.”

Doleac currently lives in Nashville, where Vanderbilt is located. And he was a star hitter for the Golden Eagles when they made an appearance at the College World Series in 2009. The following year was a breakout for Doleac, when he recorded a .352 batting average with seven home runs and 57 runs batted in.

“The first time I heard (‘Keys’ at the series), I think I just smiled and turned it up,” he said in an earlier story.
While baseball was a passion for Doleac, music also was a big part of his life, so he packed his bags and moved to Nashville to pursue a career as a singer-songwriter.

His talents off the baseball field did not go unnoticed.

“Famous” was released in January 2019, when Doleac was an independent artist. He signed with Sony-Arista in October 2019.
“It really took off and kind of went viral for us, and sold more copies than we’ve ever sold,” Doleac said. “And it basically got me in a position where I could get that record deal.”

With the backing of a major label, Doleac was positioned for even greater success, but his career, like many other performing artists, came to an abrupt halt when the coronavirus pandemic hit and concert tours were canceled to prevent the spread of COVID-19.

“Unfortunately I signed a deal right before the world shut down, which was really tough for momentum and everything,” Doleac said.

Despite the setback, Doleac continued working on his music, and now that concert venues are beginning to reopen he has a full tour schedule, including appearances at several shows on the Zac Brown Band’s Comeback Tour.

Doleac will perform Aug. 7 at the Mississippi Coliseum in Jackson.

He also is working on producing a full album featuring new material.

“‘Famous’ is one of those songs that opened a lot of doors for me and what better way to celebrate my first Gold record than at the Grand Ole Opry with my team,” Doleac said in a news release.

Doleac also recently debuted a two-part music video series for his songs “Whiskey’s Fine” and “Another.”