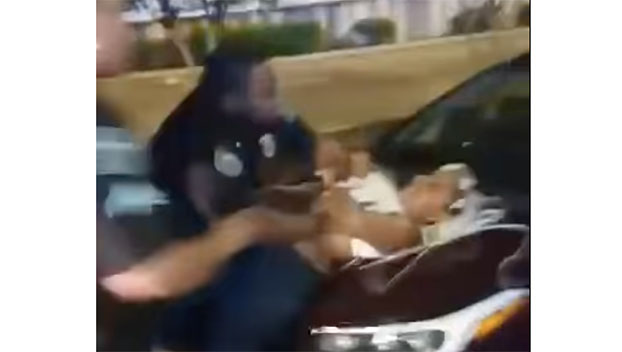 A video posted on social media depicting an altercation between police and a woman outside a Jackson club has caught the attention of mayor Chokwe A. Lumumba.

Lumumba issued a statement following the posting of the video which captures a confrontation that happened Friday night. In the video the unidentified male officer can be seen shoving the woman on the hood of a car.

Many spectators expressed concerns that the officer was overly aggressive with the woman, who has been identified as Aquinta Palmer.

According to a report on WAPT News in Jackson, Palmer has been charged with assault on a police officer and disorderly conduct.

Lumumba released the following statement about the incident:

“A recently circulated video involving a JPD officer in confrontation with a woman outside of a local establishment has been brought to our attention. Safety and accountability are serious priorities for this administration. As such, we are taking every effort to investigate the incident. While we do not yet have all of the facts of this case, we remain committed to an approach to public safety built on trust, integrity, and community partnership. Abuse and misconduct have no place in that. I want to thank those who documented the incident. It is concerned citizens like you that help us to do our best.”