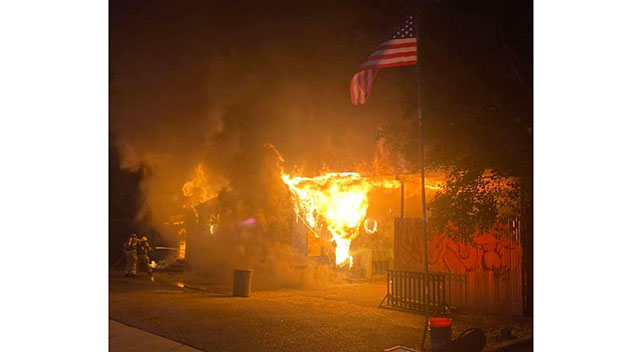 A Mississippi community is rallying around a business that has been existence for more than four decades after it went up in flames Wednesday night.

Hattiesburg fire officials responded to a fire at Nick’s Ice House in Hattiesburg at around 11:30 p.m. Wednesday.

According to WDAM News in Hattiesburg, the owner of the bar said people were still inside the building when the fire broke out, but that everyone was able to get out without anybody getting hurt.

The cause of the fire remains under investigation.

Rheanne Kolinsky Craft inherited the bar from her father Nick Kolinsky after he died in 2016. The bar opened up nearly 50 years ago.

Craft said she is still considering the next steps for the business after the fire. She said the community has been rallying around her and the business to help her cope with the loss and decide how to rebuild and be stronger than ever before.

On Thursday night, Nicks  posted on Facebook that they already had the beer iced down at the bar’s original ice house (behind the building that burned) so that customers and Nicks fans could “come hug a neck, listen to some music, and raise your can to the spirit of Nick Kolinsky and the entire Nick’s Ice House family.”

Crafts said she wants the community to know how thankful and appreciative she is to everyone who has reached out her and her family in their time of need.