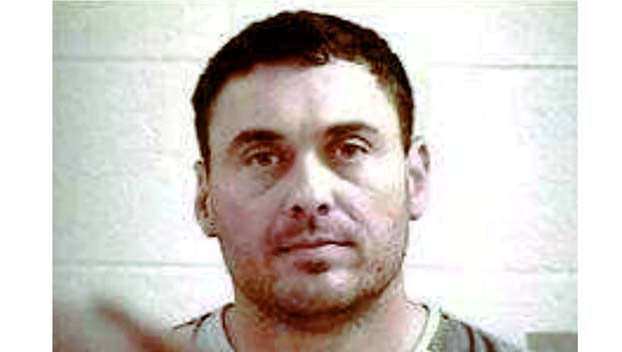 Inside the courtroom at the Union County Courthouse on Friday, former Oxford police officer Matthew Kinne admitted to killing Dominique Clayton while she slept and was sentenced to life in prison.

The proceedings ended a 26-month wait for justice by the Clayton Family and helped bring closure after Clayton was found dead in her Brittany Woods home on May 19, 2019.

Prior to Judge Kent Smith accepting Kinne’s guilty plea and the state’s recommendation of life without parole, Assistant District Attorney Mickey Mallette laid out the facts of what transpired on the night of May 18 and the early morning hours of May 19, leading up to Clatyon’s murder.

Mallette revealed that Kinne and Clayton were having a longstanding relationship that lasted many months. On the night of May 18, Clayton called Kinne, who was working patrol at the Downtown Square as a member of OPD’s mounted patrol, to come take her to her car because it was raining.

While driving home, Clayton called Kinne on the phone. Kinne then drove to the OPD horse barn and left his phone at the barn around 1:15 a.m. the morning of May 19. Kinne, who was off duty at the time, then drove to Clayton’s home in an OPD patrol car and parked around the corner from the residence.

Mallette revealed Kinne entered the home, which Kinne admitted to investigators he did not have a key to, and found Clayton in her bedroom asleep. Kinne then went back out to his car where he got his issued 9mm pistol and at approximately 2:05 a.m. went back into Clayton’s home and shot her once in the head.

Kinne then drove back to the barn where he got his phone and then sent a text to Clayton around 2:20 a.m. While driving home on South Lamar Boulevard, Kinne then tossed the shell casing out onto the street, which got stuck in his pistol after firing it. Mallette said the casing was never recovered.

“That’s what makes it difficult. The perpetrator was someone that wears a badge,” said District Attorney Ben Creekmore following the hearing. “Other than distinguishing this case because the person who committed this violent was someone who was supposed to protect the public instead of violently taking somebody’s life.”

In September of 2019, a Lafayette County Grand Jury indicted Kinne on the charge of capital murder. Under Mississippi law, the only two penalties for someone convicted of a capital murder charge is the death penalty or life in prison without the possibility of parole.

During the hearing, Mallette announced the state had withdrawn the option of the death penalty, leaving only life without parole the only possible sentence for Kinne.

Smith accepted the state’s withdrawal of the death penalty and its recommendation of life in prison. Kinne was sentence to serve out the remainder of his days in the Mississippi State Penitentiary.

Attorney Tony Farese, who represented Kinne, stated after the hearing to members of the media that it was a “crime of passion” and that his client had started an affair with Clayton which led to him financially supporting her. Farese also claimed that Clayton started “demanding” more money from Kinne and asked to help co-sign a house.

“It got to the point where he could not get out,” Farese said. “He tried to break up with her and at that point she threatened to tell his wife. So, just became too much pressure. …Quite candidly, I think he broke on the night of (May 18) when he was standing over her and he stated in his recorded statement that he wanted his life back. So, he goes out to the car and does a terrible, terrible thing and commits murder.”

Attorney Carlos Moore, who represents the Clayton Family, gave a press conference on the steps of the courthouse. Moore spoke about the events that transpired inside the courtroom as well as announcing the family would be filing a civil rights lawsuit against Kinne and the City of Oxford next week.

Moore also mentioned Kinne’s first wife, who death was ruled a suicide but claimed his own investigation revealed Kinne was a suspect when he was a police officer in Olive Branch before being hired by OPD.

“This is one chapter of justice, but there is another chapter of justice that has yet to unfold,” Moore said. “We will get justice for this family. The City of Oxford, I would encourage to let your mayor and city councilmen know that we don’t play. We’re coming and we mean business. You can save the taxpayers some money and go ahead and do right by this family. If you don’t, we’ll make you do it. What this family has experienced at the hands of someone sworn to protect and serve is uncalled for.”

In 2019, Moore filed a notice of claim against the City of Oxford and the Oxford Police Department, which is protocol before filing a lawsuit. Moore said the family decided to wait until the criminal justice matter was resolved before moving forward with a civil lawsuit.