Groom charged with shooting on wedding night after he, his bride and another man get stuck in traffic and allegations of another relationship fly 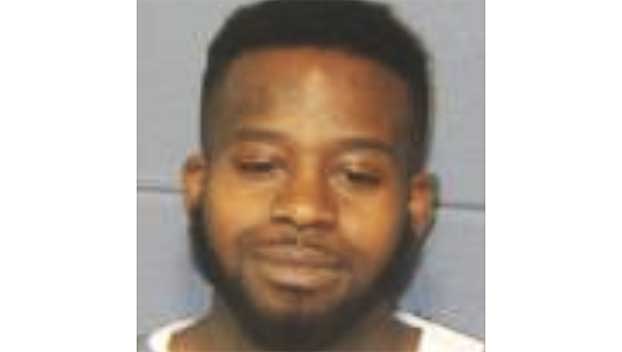 A Louisiana man was arrested on his wedding night after he allegedly shot two people on Interstate 10 after being stuck in traffic and then accusing his new wife of having a relationship with someone else, the local sheriff reported.

One man was shot in the leg while fleeing from Jones on the Interstate, while the other was shot in the hand after a bullet tore through the rear glass of their vehicle. The victims were airlifted to University Medical Center in New Orleans and are in stable condition.

“While we were assisting the State Police, our 911 center started getting calls of a shooting in the traffic that was backed up from the crash. We got the call of the shooting at 11:08 p.m.,” Tregre said.

Investigation revealed a newlywed couple still in wedding attire was stuck in traffic with one other passenger, who Tregre identified as a friend of the bride. Tregre said the groom, identified as Devin Jose Jones, allegedly suspected a romantic connection between the bride and her friend.

A verbal argument led to Jones pulling out a firearm and chasing the bride’s friend between stopped cars down the Interstate, eventually wounding him with a shot to the leg.

Meanwhile, the bride stopped an ambulance and told personnel that her husband was trying to kill her. As the wife was barricaded inside the ambulance, the husband ran toward it and began trying to forcibly enter.

At the same time, St. John Parish deputies pursuing Jones on foot were able to catch up to him and make an arrest.

A portion of I-10 was shut down for hours as investigators collected evidence, including casings from the gun.

Tregre said the investigation is ongoing.

Originally published by the L’Observateur newspaper. It is republished with permission.