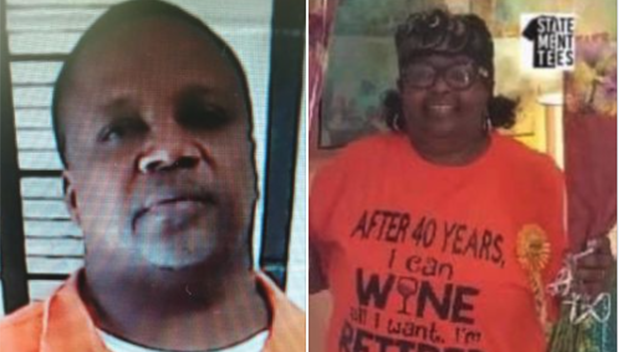 Jefferson County Sheriff’s Office deputies arrested a man for allegedly killing his wife Thursday. The incident happened within a week of her retirement from a 40-year career at a local bank.

Deputies found 62-year-old Katie M. Carradine unresponsive inside her home on Matthews Lane in Jefferson County on Thursday morning. She was pronounced dead at the scene.

Her husband, 55-year-old Jimmie Carradine, reportedly arrived at the sheriff’s office just before 7 a.m. and was driving his wife’s vehicle.

He allegedly told one of the dispatchers that, “he had lost it,” but did not tell authorities what condition Katie Carradine was in. When investigators asked about her, he stated did not know if she was hurt or dead.

Deputies were dispatched to Matthews Lane where they found Katie Carradine’s body inside their home. Jimmie was arrested and charges are pending.

According to statement Jefferson County Sheriff James Bailey posted on social media Thursday, the incident comes less than a week after Katie Carradine’s retirement from United Mississippi Bank in Fayette.