“We have to realize that there are serious issues with regard to social norms and other activities,” Ferguson said during a news conference livestreamed by television stations.

The shootings included one that wounded five people early Sunday on Bourbon Street, in the heart of the French Quarter, and one later Sunday that killed a man and wounded another man and two women about 7 miles (11 kilometers) away, not far from Lakefront Airport.

Later Monday, police released an apparent surveillance photo of a man they described as wanted in the Bourbon Street shooting. It occurred on the same block where an early-morning shooting the previous Sunday also wounded five people.

A man was killed and a 15-year-old girl wounded early Monday in a neighborhood north of the French Quarter. A man was killed Saturday night in Central City, shot multiple times. And early Friday, a woman was shot and killed in eastern New Orleans.

Ferguson said weekly crime statistics had been looking good before the weekend, with numbers of homicides, nonfatal shootings and armed robberies all down from previous weeks. Serious crimes totaled 285 for the week, down from an average of 300 to 350 a week, he said.

“This weekend of violence sure outweighs what we have done all of last week,” Ferguson said.

Ferguson said three people from outside New Orleans — one from Shreveport, one from Houma and one from Alabama — were arrested with guns on Bourbon Street in the hours after the shootings there.

“Outsiders are bringing weapons to the streets of New Orleans. … We will not allow that,” he said.

In addition, Ferguson said, three children aged 2 to 7 were shot during the past week while they or another child played with guns improperly stored by adults. The 2-year-old was handling a gun, he said. Ferguson said the two older children were shot in a separate incident, by another child.

“We need gun owners to be more responsible in securing your weapons,” Ferguson said. 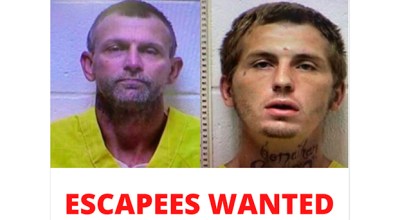