‘Don’t give up’ becomes mantra for Mississippi bakery owners 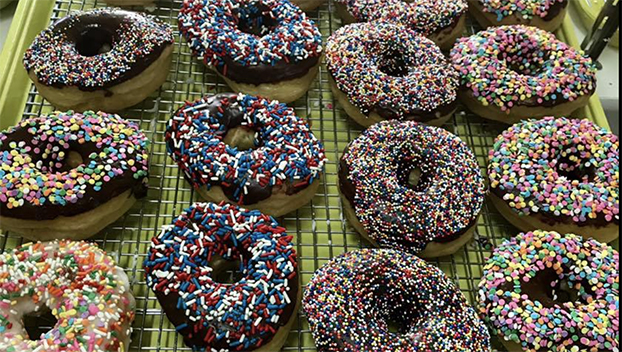 Saly Som and her family are making more than doughnuts in Summit.

Coming to the U.S. from Cambodia 13 years ago with hardly anything, they landed in Minnesota, got jobs cleaning hotel rooms and took English classes.

“When I came here, zero English, zero money,” she said.

Summit Donuts & Kolaches hadn’t yet been established and a life in Mississippi was the furthest thing from their minds.

When Som learned about an opportunity to buy the doughnut shop three years ago, she cashed in her savings she and her family had earned, sold everything and moved her family across the country, fulfilling a dream of becoming a business owner in America.

But soon after that, they learned some hard lessons about business and perseverance.

“At first we had a hard time,” said her son, Raya Korng, who along with Som are the faces customers see behind the counter at the shop. His father Saroem and sister Rita work in the back making doughnuts, kolaches and other pastries.

Things started out rough when they thought they would get some training on how to run a doughnut shop but didn’t.

“My uncle said the previous guy, he’s gonna show you and train you how to do everything, but after one day he walks away, and I had no experience making donuts before,” Raya said.

Nor had they any experience running a business, and they soon encountered a lot of nasty surprises, like the fact that the utility payments hadn’t been kept current, causing the power company to shut off electricity with a store full of customers.

They had to undergo ServeSafe certification and get health department approval — a business aspect they were oblivious to in the beginning.

“The health department comes here, and we don’t know,” Raya said. “They shut us down,”

There was the language barrier.

And, perhaps most importantly, they had to learn how to make doughnuts.

“My first day to open the donut shop on my own, my donuts were raw, burned,” Raya said.

They had to grow the business.

“It was so slow the first time we moved here,” he said. “It was slow all day, nobody showed up.”

Sol remembers one exceptionally slow day, when the store had only one customer.

But to see the family in action now, a lot of this would come as a surprise.

They’re making doughnuts and running the shop, but they say they’re still working hard to make things even better.

The family usually arrives at the shop at 3 a.m. to start making donuts. On Sundays, the church crowd keeps them so busy they usually have to make two batches of doughnuts.

“Sunday is a big day for us,” Raya said.

They sometimes drop a free doughnut or some doughnut holes in a customer’s bag — a little extra treat to keep them coming back.

They see customer feedback as vital to their business’ success.

“We want to hear from the customers,” Raya said. “We listen to the customer, so that’s why right now our doughnuts taste OK. We appreciate our customers. That’s why we decided to stay here.”

Sometimes he takes donuts to the post office and grocery store in an effort drum up business and get product reviews.

He said things have gotten a lot better for the business — and his family.

“Everything is good right now,” he said, pointing to a placard with an “A” health department rating next to a certificate with his ServeSafe certification.

And in another show of their commitment to their new home in Summit, the family has bought a house.

The family has become somewhat of a fixture in Summit. Som joined a Facebook group for local restaurants with takeout and delivery options when the pandemic hit, and that helped boost business.

Since moving to Summit and learning the business, things appear to be on the upswing for Som and her family, who are making a living in every sense of the phrase and proving that the American dream is still possible, even if the odds seem impossible.

As her grasp of English improves, she said three words are her favorite.