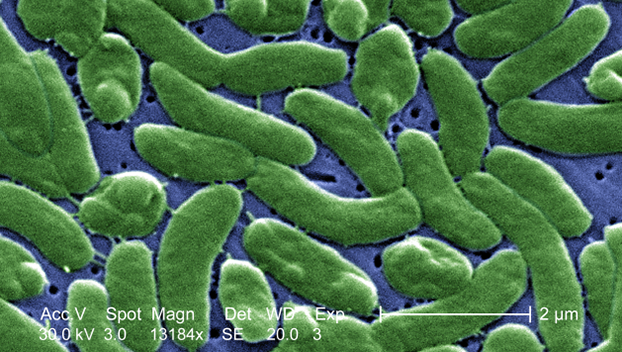 An infection from flesh-eating bacteria has been reported along the Alabama gulf coast.

The Mobile County Health Department reported a infection from a bacteria known as Vibrio. The bacteria is found in lakes, rivers, along the coast and in other warm, brackish bodies of water, particularly during the time from May to Octobe

MCHD said the exposure took place in the waters near Gulf Shores. No other information on the patient is being released.

People are infected by Vibrio when they are exposed to water containing the bacteria or by eating raw or undercooked seafood from those areas. Vibrio can lead to destructive soft-tissue infections and other illnesses.

Alabama has reported 16 cases of Vibriosis so far this year. The Centers for Disease Control reports roughly 80,000 Vibrio infections each year — 100 of which are fatal.

Infections can be particularly dangerous for those with a compromised immune system, including those with liver disease or cancer.