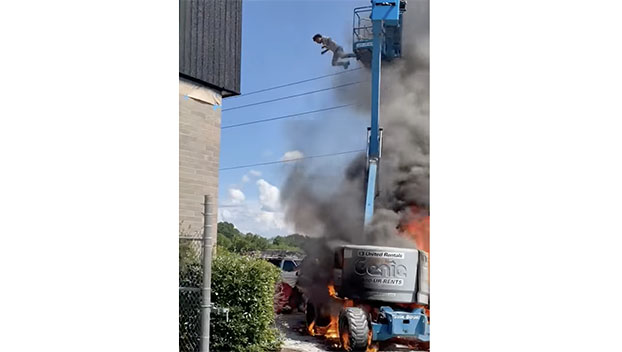 Alabama firefighters helped save a man’s life when the man trapped 25 feet off the ground in a burning lift was forced to jump.

Oxford, Alabama, firefighters responded to a call Saturday afternoon at a Harley Davidson dealership where a man was trapped on a lift that had caught fire. The lift had made contact with the power lines and the man was trapped approximately 25 feet off the ground.

Firefighters said there was no way to get the man from the lift until the power was cut off.

Firefighters decided to create a life safety net out of a tent, which the man jumped into after the fire grew. The net saved the man’s life.

The man was flown to the hospital with a leg injury and smoke inhalation.