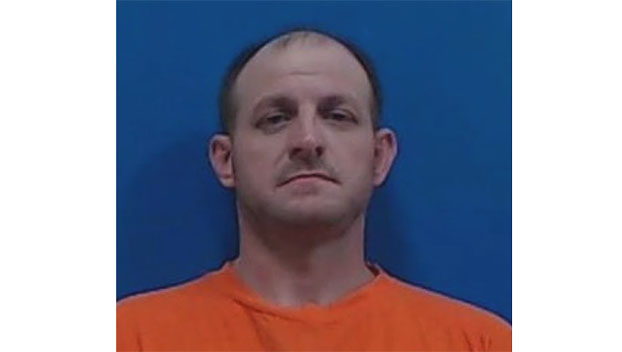 Mississippi authorities are looking for a man who they said should be considered armed and dangerous.

Officials from the George County Sheriff’s Office identified Joseph Ray Jones, 42, after a convenience store in the Howell community was burglarized Monday.

At approximately 1:30 a.m. deputies were called to the Dog River Pit Stop on Highway 612 after a report about a possible gas leak. Upon arrival, deputies discovered several items were stolen from the store and that the store’s fuel storage tanks had been tampered with.

A vehicle parked near the store was also found to be broken into and had several items missing from it, including a firearm. Soon after, another firearm was reported stolen from a vehicle in the area. .

With the help of surveillance footage and news tips from the public, officials were able to identifyJones as the suspect.

Jones is described as a white male, approximately 5-foot-6 and weighing approximately 180 pounds. He has brown hair that may be shaved or balding, and blue eyes, and may have several tattoos on his shoulders. Jones was driving a silver-colored truck, which investigators were able to recover Tuesday.

A search warrant was executed on the truck, and several reported stolen items were recovered, along with evidence implicating Jones in the burglaries.

Jones is wanted in George County on warrants for two counts of commercial burglary and is a suspect in the theft of the firearm.

Jones is also wanted by the Mobile County Sheriff’s Office for one count of escape. Jones has ties to both the Howell and Wilmer, Alabama, areas. Officials urge all citizens to be on the lookout for this individual, and to contact local law enforcement if you see this person or have any information on his whereabouts.

Anyone with information concerning this or any other crime is encouraged to contact the George County Sheriff’s Office at 601-947-4811.