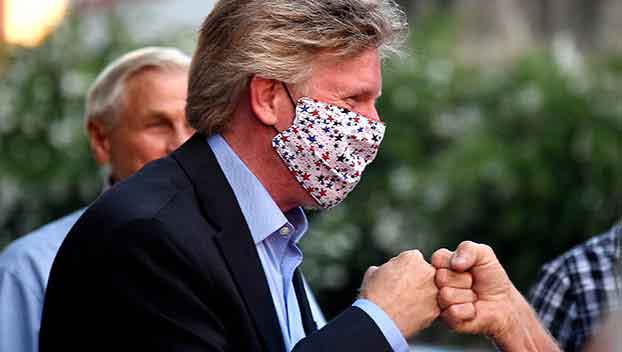 Natchez Mayor Dan Gibson is on a 10-day self quarantine after possibly being exposed to COVID-19. (File photo, The Natchez Democrat)

One Mississippi mayor says the last four months of tax revenues has been setting records not just for his city, but for the entire state.

For each of the last four months, the City of Natchez has received more than $500,000 in sales tax revenues, which Natchez Mayor Dan Gibson called a city record.

In fact, Gibson said he thinks the sales tax revenues earned by Natchez are “likely the strongest sales tax performance in the state on a per capita basis.”

Coupled with recent economic development announcements, Gibson said Natchez is one of the fastest growing economies in the state.

“I think it has to do with a number of things,” Gibson said. “We have had more than 70 new businesses open up since July 2020. Those include Loss Prevention, which brought in a couple of hundred jobs, and many smaller businesses, like gift shops, restaurants, new salons, new medical clinics, new repair shops of various types, a new appliance store, new craft shops.

“This is extremely good news. I think people can get excited that the numbers back up what we all have been feeling, that there is energy in Natchez, new hope and optimism. To see the numbers bear that out is so gratifying,” he said.

“We have good hotel occupancy on weekends and some during the week. What is really interesting is we have generated these record sales tax revenues during a time when the availability of big-ticket items, like cars and appliances are not readily available,” he said.

In addition, more than 600 real estate transactions have been closed in Natchez since July 2020, Gibson said. The Historic Natchez Foundation is working with developers on more than 25 historic home tax-credit renovation projects right now.

“The city has approved more than $45 million in new building permits since July 2020. That doesn’t even count what we’ve just announced (with the Eola Hotel),” he said.