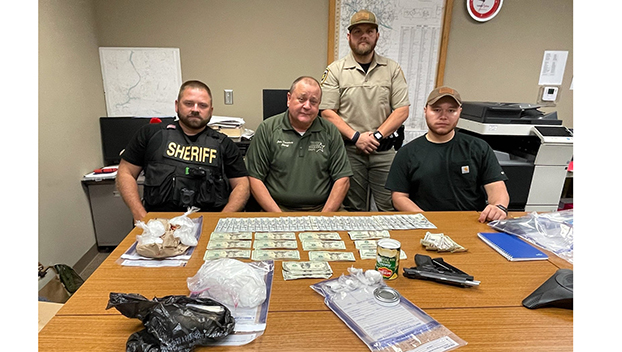 More than $30,000 in drugs and approximately $5,000 in cash were seized as a result of a six-month drug operation in Northeast Mississippi.

Otis Farris, 40, of Iuka, and Arturo Bonilla, 44, of Byhalia, were arrested and face drug trafficking charges.

According to a post on social media by the Tishomingo Sheriff’s Office, Farris was found with a half-pound of methamphetamine and Bonilla allegedly had 1.4 pounds of meth, 6 grams of cocaine and Xanax pills at the time of their arrests.

Bonilla faces enhancement charges for gun possession, according to post by the sheriff’s office.

The operation was accomplished by the Tishomingo County Sheriff’s Department working in cooperation with the Mississippi Bureau of Narcotics (MBN), Mississippi Highway Patrol (MHP), Homeland Security Investigations (HSI), and the Iuka Police Department.