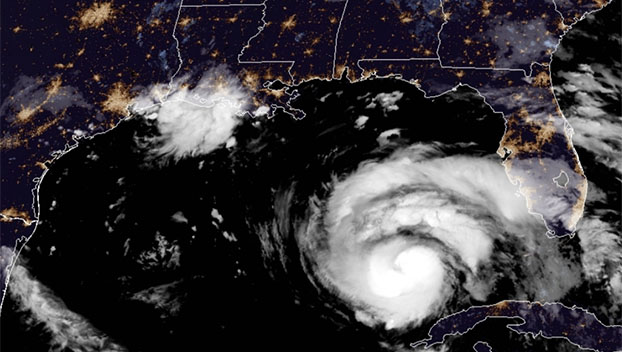 New Orleans finds itself in the path of Hurricane Ida 16 years to the day after floodwalls collapsed and levees were overtopped by a storm surge driven by Hurricane Katrina. That flooding killed more than 1,000 people and caused billions in damage. But Ida arrives at the doorstep of a region transformed since 2005 by a giant civil works project and closer attention to flood control.

The system already has been tested by multiple storms, including 2012’s Isaac, with little damage to the areas it protects. Every storm raises questions about New Orleans’ defenses, though, and as Ida approaches, here are some answers:

The federal government spent $14.5 billion on levees, pumps, seawalls, floodgates and drainage that provides enhanced protection from storm surge and flooding in New Orleans and surrounding suburbs south of Lake Pontchartrain. With the exception of three drainage projects, that work is complete.

“The post-Katrina system is so different than what was in place before,” said U.S. Army Corps of Engineers spokesperson Matt Roe.

Starting with a giant surge barrier east of the city, the system is a 130-mile (210-kilometer) ring built to hold out storm surge of about 30 feet (9 meters). The National Hurricane Center on Friday projected Ida would bring a surge of 10 feet to 15 feet (3 to 4.6 meters) on the west bank.

At that level, it could come over the levees in some areas, said emergency manager Heath Jones of the Army Corps of Engineers’ New Orleans District.

“They’re designed to overtop in places” with protections against worse damage, including armoring, splash pads and pumps with backup generators, he said.

“We’ve built all that since Katrina,” and they’re designed for a worse storm than the Ida is expected to be, he said.

Jones said there does not appear to be any danger of storm surge coming over the levees on the east bank, which makes up most of the city. It was the east bank levees that broke after Katrina.

Governments as of Friday were not ordering people protected by the levees to evacuate, showing their confidence in the system.
A number of floodgates are being closed as the storm approaches. That includes massive gates that ships can normally sail through, such as ones that close off the Inner Harbor Navigation Canal near the Lower 9th Ward. That has reduced the risk of flooding in an area long viewed as among the city’s most exposed. At least one smaller floodgate on land has been removed for maintenance, though, with officials planning to close the gap with sandbags.

WHAT ABOUT RAINFALL FLOODING?

Inside the ring of levees, rainfall must be pumped out. The New Orleans area has an elaborate system of canals and pumps to remove water, but it can be overwhelmed by persistent heavy rainfall, like in 2017 and 2019, when two storms each dumped more than 9 inches (23 centimeters) of rain in some areas. Heavy downpours have been a constant on the soggy Gulf Coast, but some exceptional rainstorms have been observed in recent years, with experts saying such torrents are becoming more common as a warming atmosphere carries more water vapor.

Capacity in some areas has been improved since 2005 through more than $2 billion in drainage work, allowing parts of the system to remove as much as 4.7 inches (120 millimeters) of rain in three hours — what designers accounted as a rainstorm that would come only once every 10 years.

The city of New Orleans drainage system has 24 pumping stations with a combined capacity of over 50,000 cubic feet per second (cfs), which is nearly 400,000 gallons (1.5 million liters) per second. That doesn’t include pumps in neighboring suburbs.

But some of the pumps as well as the power system supplying them in the city are antiques plagued with reliability problems. On Friday, officials were trying to bring an electrical turbine back online to provide reserve power for the system. Three of 99 pumps were also out of commission, but New Orleans Sewerage & Water Board Executive Director Ghassan Korban said there’s enough redundancy to back them up.

One of the lessons of the 2017 and 2019 storms has been that maintenance of drains, pipes and canals has been neglected. Officials urged residents Friday to sweep up around storm drains, underlining a concern that even the best pumps won’t work if drains are clogged.

WILL THE LEVEES HOLD UP OVER THE LONG RUN?

Experts note that the levee system was built to protect against a 100-year level of storm surge — a surge that has a 1% chance of happening any given year. With rising seas from climate change and the sinking of Louisiana’s spongy coast, there’s concern that simply isn’t enough.

Reports issued in 2021 recommend spending a projected $1.7 billion to raise levees and floodwalls to keep providing the 100-year protection through 2078. That includes raising the height of 99 miles (159 kilometers) of levees, replacing more than 1 mile (1.6 kilometers) of floodwall and building 3.2 miles (5.15 kilometers) of new floodwall.

WHAT ARE THE RISKS IN OUTLYING AREAS?

Areas outside the urban core that the levee system protects may have little or no protection against storm surge. Hurricane Isaac in 2012 flooded about 7,000 homes in LaPlace and other areas upriver from New Orleans after 8 feet (2.5 meters) of storm surge entered Lake Pontchartrain. The Corps of Engineers has started construction on a levee to protect that area, but Corps of Engineers spokesperson Rene Poche said it’s not projected to be completed until 2024.

A number of local governments have ordered people to evacuate from low-lying and exposed areas outside of protective levees, including parts of New Orleans.

Suburbs north of Lake Pontchartrain are also not protected by levees or floodgates, although improvements for St. Tammany Parish are being studied. Areas close to the shore, as well as the rivers that feed into the lake and the Mississippi Sound, are vulnerable to storm surge.

Fill your prescription with this photo gallery of puppies…