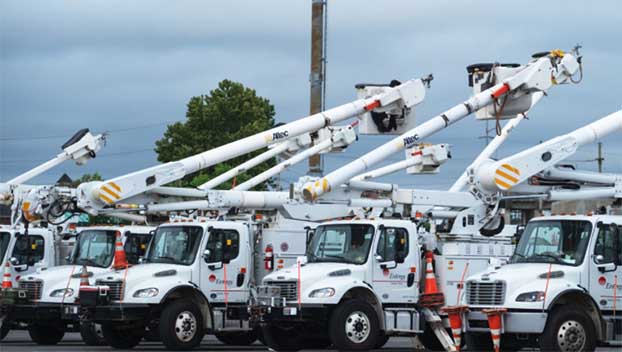 Hurricane Ida retained significant strength late Sunday after roaring onto the Louisiana coast earlier in the day. The storm continued its slow march toward Mississippi, but it’s already turned off the lights for approximately 1 million customers in Louisiana.

Many hundreds of thousands more remain at risk of power outages as Ida churns northward.

Approximately 975,000 Louisiana electrical customers were knocked at just before 10 p.m. central. The website poweroutage.us showed 972,584 customers were down in Louisiana. That number is likely to become much worse as the night lingers on and the storm churns her way across Louisiana and makes her way to Mississippi.

In Mississippi, the website showed approximately 28,748 customers were down just before 10 p.m.

The storm made landfall Sunday morning packing 150 mph sustained winds. Tropical storm winds are expected to emanate far from the center of the storm and is likely to leave a swath of power outages over the next couple of days.

The storm remained a strong Category 2 hurricane Sunday night despite having been on shore for nearly 12 hours.