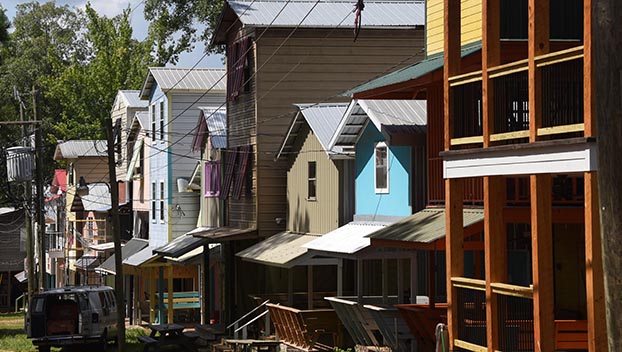 This year’s Neshoba County Fair was the last for longtime Fair manager Doug Johnson who will retire in January after roughly three decades in the role.

Dating back to 1889, the Neshoba County Fair has grown from a two day meeting of local farmers and families to an eight day giant house party in more than 600 cabins and 200 RV campers.

Johnson has been the Fair Manager for the past 27 years but he started with the Fair Association much earlier than that selling tickets in 1976 and worked his way up to gate supervisor before taking on the manager role.

In his roughly 45 years working the Fairgrounds one event sticks out in his mind.

“I can say that the best thing that happened while working the Fair is that I met my wife,” Johnson said.

He has been married to Kaye for 34 years now.

Johnson has forgotten more Fair stories than many Fairgoers are likely to experience in their lifetime.

He said he has enjoyed his time managing the grounds and is mostly left with happy memories though the experience was not without its tense moments.

Johnson said he cannot remember the year off the top of his head but recounted a recent Fair where water pressure on the Fairgrounds meant most of the cabins were without water for most of the week.

“That was a hectic time,” Johnson said. “We still don’t know exactly what caused it.”

After his retirement in January, Kevin Cheatham will take over the job at the first of the year. In the meantime, Johnson said he has plenty of maintenance to do on the Fairgrounds and is not sure how much time he will be able to spend in the office as the year winds down.

Johnson said he is only the second person to hold the position of manager as it exists today. He succeeded Dwight Barrett in the role. He said he was “taught well” how to perform his duties by Barrett, Ellen Spendrup and Harry Carter, who taught him “everything about gate supervision” he needed to know.

“A lot of good people on the Fair Board and with the Fair Association have been good to me over the years,” Johnson said.

Johnson started his career as a teacher in Greenville and he finished his teaching career at Neshoba Central. Johnson taught history and drivers ed.

Johnson said he will still be in the area after he retires and will gladly pick up the phone if Cheatham and his crew have any questions.

“I told them I would be happy to assist in any way I could,” Johnson said.

In retirement, he hopes to get to some projects on his family farm that he has not been able to get to. The farm is just 3 miles from the Fairgrounds and where Johnson grew up.