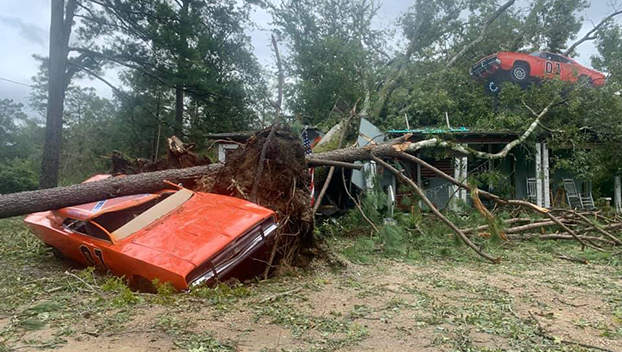 ‘Dukes of Hazard’ star John Schneider joked that Miss Ida dropped by his property to say hello and ended up creating havoc for the General Lee.

The star of the hit television series that was ran from 1979 to 1985 posted a photo of the John Schneider Studios in Livingston Parish in Louisiana.

“Well… When something like this happens you have two choices: Tears and laughter. I choose laughter,” Schneider posted on Facebook.
So… What’s your caption? Here’s mine: “ Miss Ida stopped by to see the General at Miss Shirley’s last night…”
Schneider and his wife Alicia are expected to take a look at the damage on Tuesday morning.

As of Tuesday afternoon, the post had been shared more than 2,700 times and more than 4,000 comments had been made.

Mississippi senator says he has recovered from COVID-19; advocates…