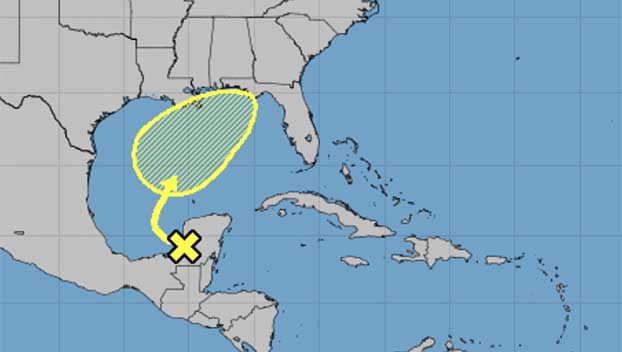 The National Weather Service’s forecasters are keeping a watchful eye on a storm system that has the potential to develop into another tropical system over the next several days.

A surface trough currently over parts of Central America and the Yucatan Peninsula of Mexico will move over the southwest or south-central Gulf of Mexico on Sunday and Monday.

The National Hurricane Center continues to have a 30 percent chance for development on the trough. This system will be moving north or northeast into the central and north-central Gulf of Mexico during this time period.

Regardless of development, rain chances will be increasing across our region with a disturbance in the Gulf this week.

Further out in the Atlantic, Larry will threaten Bermuda next week, but it will not be a threat to the Gulf of Mexico.