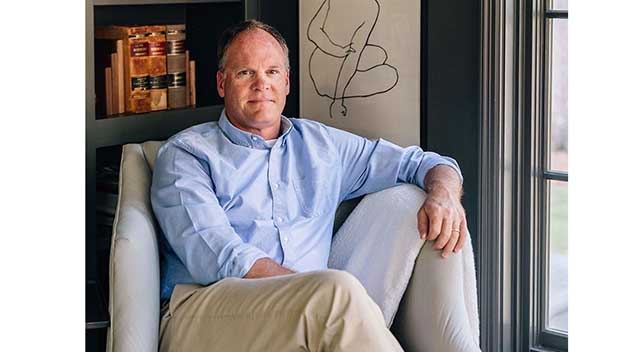 David Magee has found his calling.

After reinventing himself multiple times over the last three decades, the former journalist turned author is set to release his memoir, “Dear William: A Father’s Memoir of Addiction, Recovery, Love, and Loss” on Nov. 2.

More than a million people read the viral column Magee wrote as publisher of the Oxford Eagle about his son William’s athletic and educational accomplishments at the University of Mississippi and subsequent overdose in May 2013.

That column has led many people to believe that Magee’s book will be a more in-depth telling of William’s story, but it isn’t. Although William is a part of the narrative, “Dear William” is a memoir.

“I’ve never written anything like it,” Magee said. “I took a decade off and I matured and I found myself and I found a voice. I’ll be honest, I found a truth.”

It’s not a story Magee ever intended to end up living, let alone writing.

“There’s a lot of pain in getting there, but lo and behold, I became the writer to tell stories that can make a difference in people’s lives, which was what I originally set out to do,” Magee said. “I just had to go through this long path to get there.”

THE LONG PATH TO GET THERE

Magee graduated from the University of Mississippi in 1988 with a degree in journalism and got a job at the Oxford Eagle. One of his first big pieces, ironically, was a three-part series on illegal drugs on college campuses.

Despite dreams of working in metropolitan areas, Magee had a passion for the community aspect of local journalism.

He worked at the Eagle until 1993, when he left to try other things.

Between buying and selling businesses and serving a stint on the Oxford City Council, Magee said he had some successes and some failures.

“I never found my calling,” Magee said. “I was chasing what I was supposed to do.”

Seeing so many Oxford residents make livings as writers, Magee decided to write a book of his own. In 2002, he inked a deal with Harper Collins to publish “Turnaround: How Carlos Ghosn Rescued Nissan.”

“I won’t say the book was any good, but it was good enough to get me off and running on a writing career,” Magee said.

For years, he filled a niche writing nonfiction leadership-oriented books on enduring brands — Toyota, John Deere and MoonPie — and the people behind them.

He was making a living, but a nagging thought crossed his mind once again:

Magee decided he wasn’t going to write anything else until he had something to say.

On top of a string of book deals, he’d ended up hosting a small national cable television show on the American Life Network called “The David Magee Show,” but didn’t feel called to do it either.

“The TV show was actually starting to really happen,” Magee said. “I was in 200 cities two hours a day. I’m out at the Beverly Wilshire with an agent representing Dr. Phil, things are starting to happen, except at that moment I’m literally thinking about jumping out the window.”

He found himself in a mid-life crisis as his life came crashing down around him. His wife had filed for divorce and he was losing everything he had, everything he’d wanted.

“That was the great irony of life, and I realized it,” Magee said. “I just walked away. I walked away and came back home, to be honest, and tried to start over.”

It was 2011, and the only thing Magee could think to do was start over in journalism. Having exited the industry in the age of print, he worked his way into digital media.

Having embraced humility, he no longer cared about seeing his byline in print. He didn’t want recognition.

He spent some time as managing editor for The International Business Times, growing the company’s digital footprint with a team of young journalists before moving to Alabama, where he served as vice president of Alabama Media Group, helping to develop their digital brand.

A CALL WORTH ANSWERING

It came in the form of a literal phone call when Magee was offered the publisher job at the Oxford Eagle.

Although his career was taking off and he and his wife enjoyed living in Alabama, the move felt right. The couple had lost a son to addiction, had another son find success in sobriety, and Magee had his own story of failure and success. They wanted to help others and Oxford was the place to do it.

That column laid the foundation for Magee’s memoir and the work he does to aid students in Oxford.

Magee’s entire life has been linked with the University of Mississippi. He grew up on University Avenue and now serves as Director of Institute Advancement at the school.

He also helped create the William Magee Center for Wellness Education in 2019 “to change and improve lives” by providing ongoing education and support for students with mental health or substance abuse issues.

The Magee Center grew from a grassroots effort among the university community — fraternities, student groups and alumni — in an effort to not only honor Magee’s son but “to help tomorrow’s Williams.”

Magee was adopted and had searched for his family his entire life. Although he later connected with his birth family, Magee came to a realization upon his return to Oxford.

“The truth is that university, that was my family, and it had been my whole entire life,” Magee said. “That’s why we were supposed to come back and do this. Here.”

Magee’s upcoming book is about himself and his sons, his relationship with his adoptive father and his biological father, who he never met but has now identified.