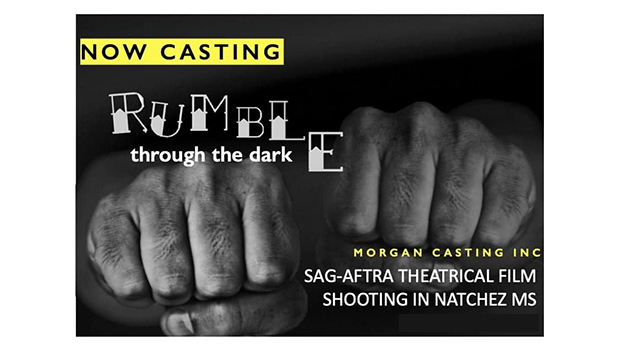 Casting agents with a an action-thriller being filmed in Mississippi are seeking set extras for a fight scene to be filmed Thursday night.

“Rumble through the Dark”  starring Aaron Eckhart  is filming in Natchez. The film is based on, “The Fighter,” a novel by Oxford author Michael Farris Smith.

“We’re building a crowd for a big fight scene,” said Leigh Anne Mason, who works with casting for the production “We’re seeking adults of all ages and ethnicity, with men making up the majority of the group.”

“Rumble Through the Dark” is set in the Mississippi Delta, where a former bare-knuckle fighter must win one ultimate fight to pay off his debts to the local mob boss and save his childhood home.

Participants must pass a COVID test on Tuesday or Wednesday, which will be administered by the production.

While Mason said on-set production is welcomed, it is not required.

Anyone interested in participating as an extra should email two photos (including a head and shoulders shot and a full-length shot) along with the following information to castingrumble@gmail.com

In the subject line of the email, please use:(your name) for FIGHT NIGHT CROWD

In the body of the email, please include your name, city and state of residence, height and phone number.

Officials say they have captured gator that attacked Louisiana…