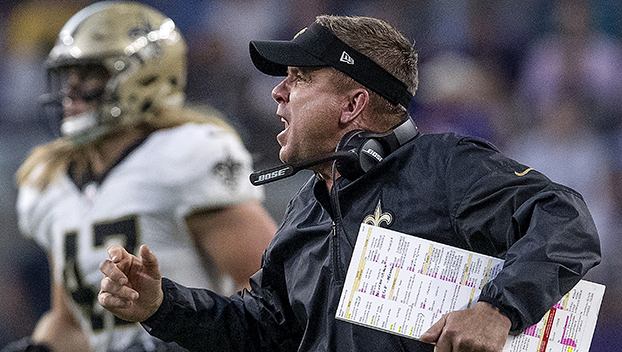 Six unidentified members of the New Orleans Saints coaching staff, a player and a nutritionist have tested positive for COVID-19, two people familiar with the situation said.

The people spoke with The Associated Press on Tuesday on condition of anonymity because the team and NFL had not made a public statement about the matter. The people said the entire Saints coaching staff had been vaccinated.

Later Tuesday, Michael Thomas — who already was ineligible to play the first six games while on the club’s physically unable to perform list — was placed on New Orleans’ COVID-19 reserve list.

The names of most others who tested positive were not expected to be released in the short term because of federal medical privacy laws.

It is unclear how long those who tested positive will remain isolated from the team before they may return to the field or in-person meetings.

For now, the entire team is operating under the NFL’s enhanced mitigation protocols, meaning mandatory masking inside facilities, daily testing, no in-person meetings and grab-and-go meals.

The positive tests occurred in the wake of New Orleans’ 38-3 victory over Green Bay on Sunday in Jacksonville, Florida, where the game was moved from the Superdome in the wake of damage caused to southeast Louisiana by Hurricane Ida.

The Saints have spent the past two weeks practicing in the Dallas area and are scheduled to continue practicing at TCU this week before traveling to Carolina for their Week 2 game on Sunday. That game remains on track to go ahead as scheduled.