From Sugar Bowl victory to fighting for his life: Book authored by former University of Mississippi chancellor chronicles emotional year 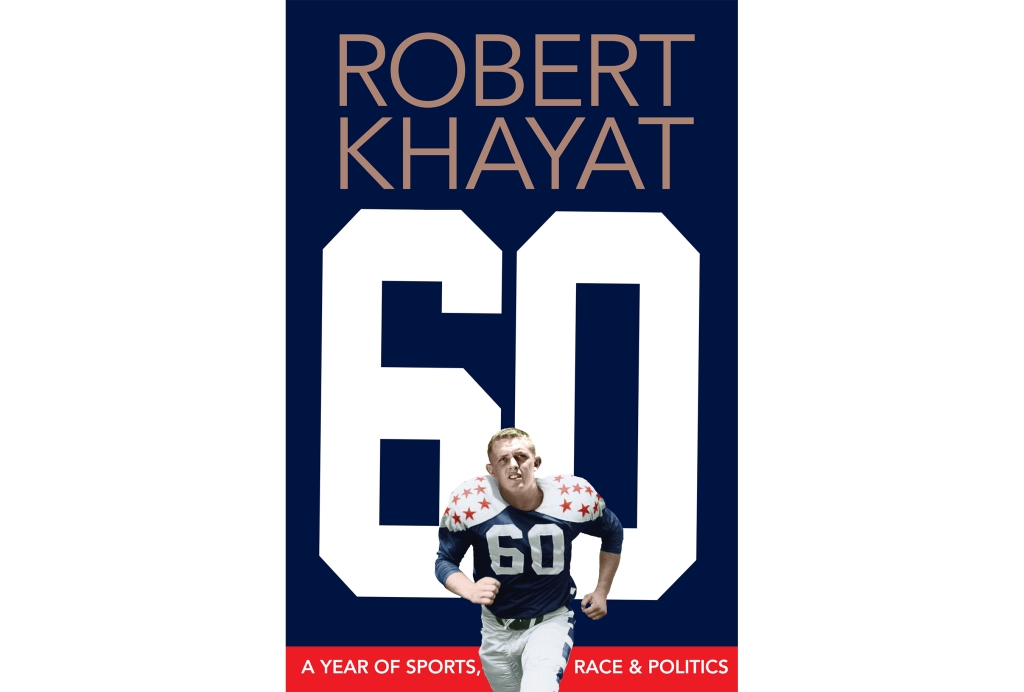 Nearly every one experiences ups and downs in their life, but maybe only a handful have experienced the amounts of highs and lows in one year the say way Robert Khayat did.

The former University of Mississippi chancellor’s latest book, “60” recounts the life-altering events Khayat experienced in 1960. From starting the year out with the Rebel football team, defeating LSU in the Sugar Bowl to ending the year fighting for his life in a hospital, Khayat experienced nearly every emotion possible in a span of 365 days.

Khayat’s latest memoir comes nearly 8 years to the day after his first book titled “The Education of a Lifetime,” which explored his years as chancellor at Ole Miss. For the past three years, Khayat has been working on “60,” writing 300,000 words, which author Neil White helped form into this latest literary work.

Looking back on all the events that transpired 61 years ago was not a challenge for Khayat, who is gifted with a form of total recall and remembers nearly everything he sees.

“I didn’t really document (the year) in writing. I have, it’s a wonderful gift, but it’s also a burden,” Khayat said of his memory. “John Prine wrote a song and said, ‘I remember everything. I remember every tree. Every blade of grass holds a special place for me.’ I remember things. I see things a lot of people don’t see. … I didn’t write it down but I was watching it.”

The things Khayat witnessed throughout that year is teased with the book’s subtitle of “A Year of Sports, Race and Politics.”

While Khayat touches a lot on sports of that year, race and politics constantly found their way in throughout. One example of that in the book is when Khayat tells the story of when he was the catcher for the Ole Miss baseball team, which was not able to play for a national title due to newly-elected Mississippi governor Ross Barnett’s decision to not allow them to on the potential chance the Rebels would play a team with a player of color on the roster.

That reason was also why Ole Miss and LSU played each other in the Sugar Bowl, as the Tigers were also not allowed to play a team with Black players.

The words segregation and integration was something the Moss Point native was not aware of until he arrived at Ole Miss, Khayat said.

“My mother and father told us to treat everybody with respect,” Khayat said.

Khayat also tells the story in the book of when Black residents in the Mississippi Gulf Coast in April of that year performed what was a called a ‘wade-in’ at Biloxi beach in protest of the segregated beaches. There were around 300 white people lined up along the beach to face the protesters, who thought they would received police protection. The protesters never received that protection and many were injured that day.

There are also stories that will encite laughter from the reader, including one where Khayat — who had just signed with the Cleveland Browns and then traded to Washington without ever playing a snap — was playing in the annual College All-Star game in Chicago against the Baltimore Colts.

Khayat recalls playing left guard and lining up across Eugene “Big Daddy” Lipscomb, who dwarfed Khayat in stature. Lipscomb looked at Khayat and said plainly: ‘Boy, does your mama know you are out here tonight?’

While the book covers the topics of sports and intertwines the issue of race and politics in Mississippi through the year of 1960, Khayat wants the reader to not linger on one aspect of the book alone when reading.

“I really hope that it doesn’t get focused only one part of the story,” Khayat said. “Because, it’s intended to blend the making of a life. This is what happened to me, and probably a lot of other people too but I was a little different. I hope that young people can get the message that it wasn’t all peaches and cream and roses. We had a lot of struggles. I would not want it to be all about race, all about football or baseball. I think it’s a blended story about a life”

“60: A Year of Sports Race and Politics” is available in bookstores, including Square Books, now.

Last words of murder victim were ‘final gift’ of…