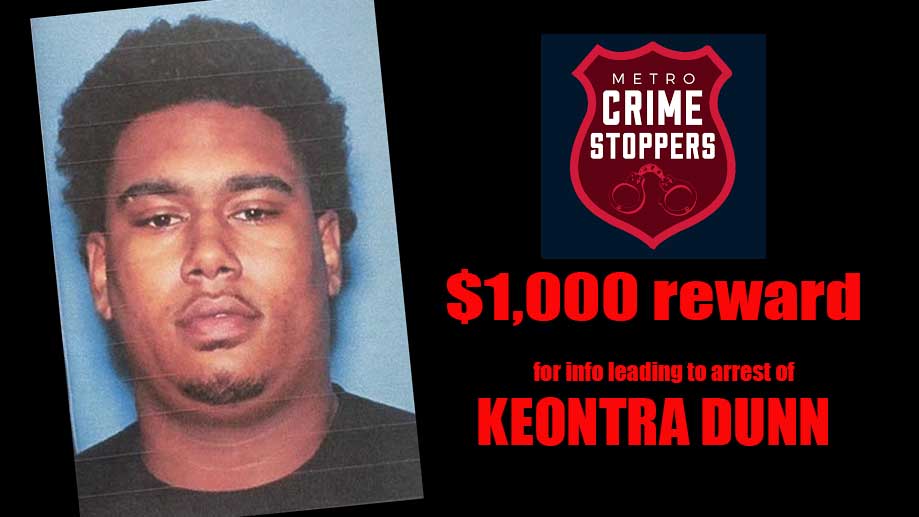 The suspect in an August Lawrence County murder remains at large.

Keontra Dunn of Brookhaven has active arrest warrants for one count of murder and three counts of attempted murder. Dunn is accused of killing Shemar Ben, 20, on Aug. 21 in Lawrence County.

Metro Crime Stoppers is offering a $1,000 reward for information resulting in the arrest of Dunn.

Lawrence County Sheriff Ryan Everett, who said Friday he had no updates on the case, said Dunn knows he is being sought.

Dunn, 22, is described as 6-feet 2-inches tall and 290 pounds, according to his most recent driver’s license.

On the Monday following the shooting death of Ben, Lincoln County Sheriff’s deputies responded to a call of shots fired at a Nola Road residence around 12:50 p.m.

Deputies arrived to find the residence struck by multiple gunshots, but no one injured, said Lincoln County Sheriff Steve Rushing. The complainant told deputies an unknown number of suspects had fired rounds at the house and left in an unknown vehicle.

Dunn is to be considered armed and dangerous, Everett said.