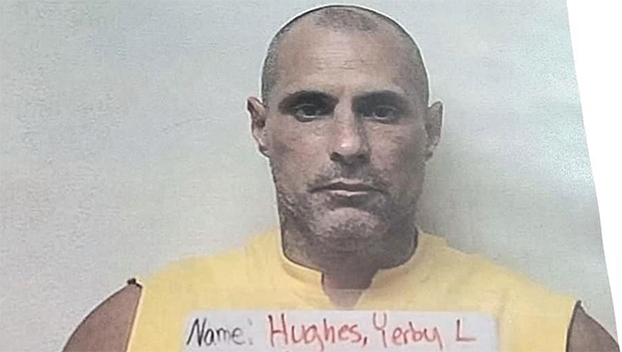 A man wanted for questioning in a Mississippi homicide investigation has been taken into custody.

Officials from the Walthall County Sheriff’s Office report that Yerby Hughes was found in an abandoned shed in the wood near Highway 27 on Thursday morning.

Yearby is wanted for questioning in the death of Chad Bryant, who was found shot to death in a Tylertown home on Kirkland Road.

He was taken into custody without incident.

“The investigation involving Hughes is still ongoing, and all suspects are innocent until proven guilty in a court of law,” the department said Thursday morning.